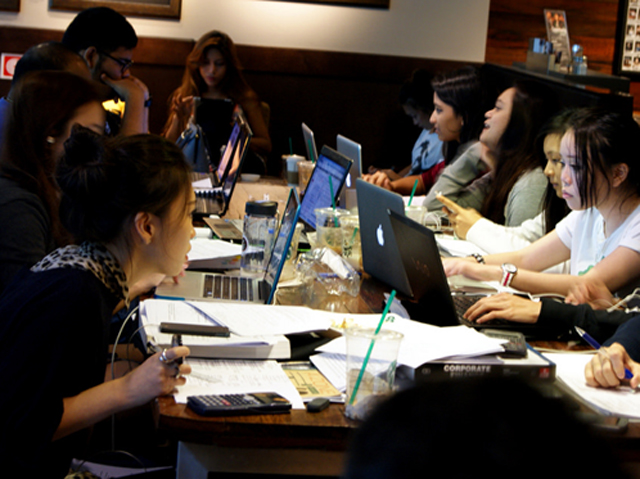 What Female Entrepreneurship in Asia Looks Like: Past & Present

Entrepreneurship is possible for women in Asia despite some challenges and gender equality issues.

It was not until the 1980s in Vietnam where restrictions on running an enterprise was abolished. Going from small businesses in the black or grey markets, women can run their businesses legally. Compared to the rest of the world, female business owners make up 40% of the country's gross domestic product (GDP). Since then, it has allowed women to become the main breadwinners.

Six million women across Indonesia, Malaysia, Thailand and Vietnam are impacting their economies as they own and grow their businesses. 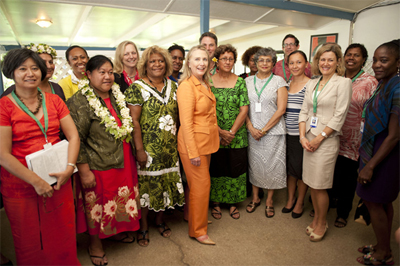 "More broadly today, women own a third of all businesses across the world. That's more than 98 million businesses with about 126 million women running them in 67 economies. Nearly half of these are in developing markets. It is clear that female entrepreneurs can become the pivotal drivers of global job creation."

A clear example of this is through Krystal Choo's start up business called Zip Trip. After discovering how hard it was to book a travel trip for herself, she was inspired to make it easier for travellers. Using Zip Trip, they can find out when the best time to travel would be and all the amazing deals surrounding that particular time. You can also view potential trips based on your preferences.

Whilst running Zip Trip, Krystal learnt a few things. "As an entrepreneur, you have to be very flexible, yet at the same time be very stubborn."

"Entrepreneurship is an industry of romantics – we all believe in an idea that is somehow better than the status quo – and usually the only differentiator between the dreamers and the doers is persistence."

However, embarking on an entrepreneur journey has its difficulties. Krystal faced some issues in her road to leading a business. She said she was picked on especially online too via Twitter. People would also gossip about her, making her wonder why men didn't cop the same negative experience.

Other challenges have risen since women were able to lead their own businesses throughout Asia.

Challenges That Lie Ahead

One of the challenges Asian women face is that they can't obtain the necessary education and skill development, financial resources or social capital like the men in their society can. Because women don't own assets like land, house and cash, this makes it hard for them to apply for a loan. The path to commence into their entrepreneurship journey faces adversity.

In this case study, there are some financial literacy programs that are offered to women but they were very basic. This meant that women couldn't build enough of an education for themselves to become an entrepreneur. "Studies have shown that financial literacy training in isolation does not generate sustainable gains for women entrepreneurs." 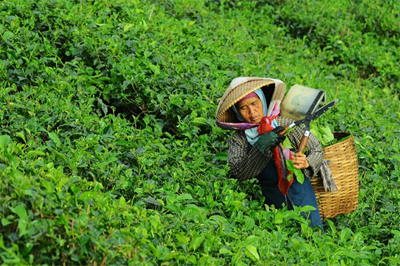 This study stated that networking and mentorship opportunities should be available for women over time. And even though training is provided by some development partners and financial institutions, it's not enough to promote a sustainable business.

Another challenge is how women lack the networks in an entrepreneur industry.

On the topic of participating in business associations, Asian Development Bank case study found: "In Southeast Asia, women entrepreneurs report around 7% less access than men to business-oriented networks." These associations do not offer tailored services for their female members and fail to accommodate the time constraints women are under.

Unfortunately women aren't as respected as men in the field of entrepreneurship. Discrimination from male customers happen frequently where potential business partners prefer to engage with men. Male suppliers and customers become a hassle for women as they operate their business.

Business leadership and investment firm MaxironCapital said, "currently the road to start female entrepreneurship is challenging to begin but I'm sure with time, there'll be women leading inspiring and profitable businesses. Fundamental to bridging the gap between female and male business leadership, women must be provided education, finances and respect so they can move forward with their business".

Something needs to be done to build a positive future of female entrepreneurship.

Authors Name: Katie Erdman
Authors Bio: Katie Erdman is an Australian writer and uni student living in Melbourne. As a Politics major, she is passionate about human rights and social justice. Katie also has a love for animal welfare, regularly taking breaks from work to volunteer with the local pet rescue.

One of the major things that needs to improve is gender equality. There's issues within gender equality all across the globe but particularly across Asia and the Pacific. Females in Asia aren't respected enough and don't have equal rights. 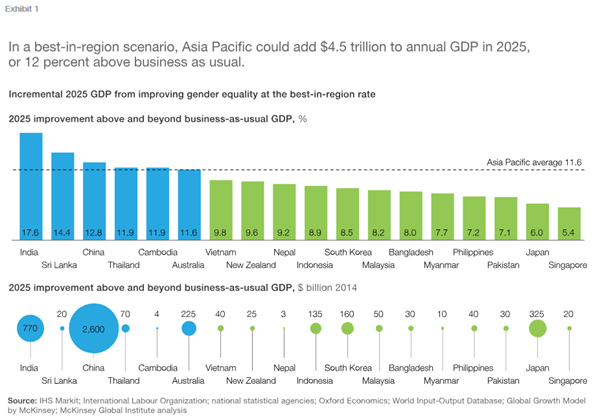 It begins with education. Modern Diplomacy state, everyone would like to be educated, especially women, but due to "high dropout rates and lower attendance and attainment levels for girls", education is obsolete. In rural areas, girls living in poor households barely reach secondary education.

Perhaps a solution can be found with the United Nations Economic Social Commission for Asia and the Pacific. By including gender responsive budgeting, this would improve women's leadership opportunities in the workplace as well as in political and public life.

WeForum statistics say that "the global economy stands to lose about US$4.5 trillion (S$6.2 trillion) in annual GDP by 2025." To make this happen, the culture of fear needs to be removed amongst women.

With more women entering employment in Asia, as soon as they leave the house, they carry fears of harassment, abuse or exploitation. Their families also fear this form of ridicule will occur online.

Sri Mulyani Indrawati is the Finance Minister of Indonesia said: "We must make smart investments in the future generation of workers by equipping girls with the skills, means and capacities they need not only to succeed in but also to drive these growth sectors of the future economy."

To ensure a future of female entrepreneurship, the Asian government needs to improve education, networking opportunities and gender equality rights. Only then will women feel encouraged to pursue entrepreneurship and lead the way for other women to do the same.