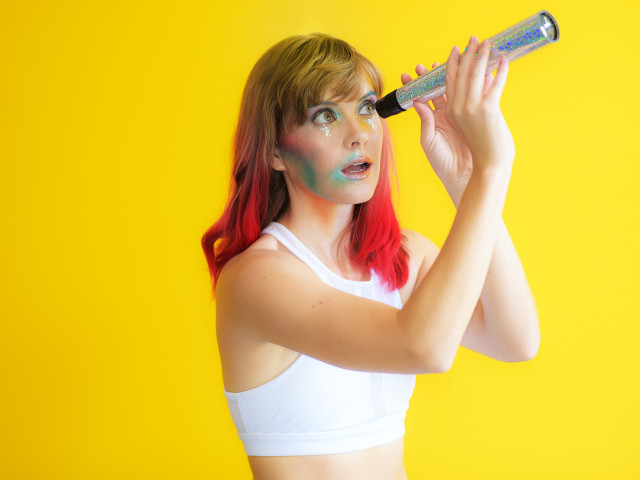 Lucy LaForge, the artist behind the name "Lucy & La Mer", is known for the positivity in her songs, as well as her mental health advocacy within the LGBTQ community. Coming out in an interview in 2018, Billboard stated that the singer is "proud of who and what she is."

Lucy's repertoire has been featured by The LA Times, Huffington Post, EARMILK, Billboard Pride, Pride and many more publications. Her music is a blend of pop empowerment with lyrical stylings mirroring her storytelling folk music upbringing.

Often seen wielding a ukulele, Lucy was chosen to feature the new Billie Eilish Ukulele by Fender in Summer 2020. The singer has also collaborated with major brands like IKEA, HP, Guitar Center, and Kala Ukuleles. Her music can be heard on international commercials, with companies such as Disney and Dove using her upbeat tunes in advertisements.

In 2020, Lucy's fans came together after the initial Stay-At-Home covid order to create a fanmade music video for her song, "Together". Although touring and shows have halted, her close relationship with her audience continues to grow. She stays in touch with her fans on her weekly "Late Night with Lucy" livestream show and has just launched a monthly online concert series on Patreon. "Ooh La La" is her second single of 2021, following her playful love story track, "Rollercoaster".