Lucie Tiger Do Me Right 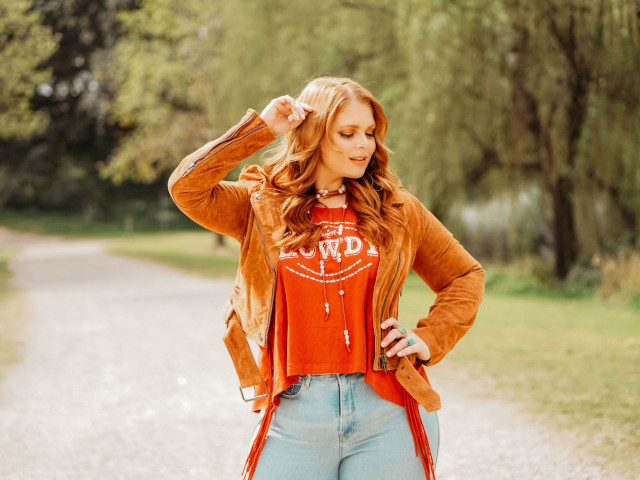 Internationally recognised Americana singer / songwriter Lucie Tiger returns today with her good time party song 'Do Me Right'. It follows her recent singles 'Midnight Goodbye' and 'Found My Home', which both charted on TMN CountryTown Hot 50 airplay chart, with the latter peaking at #20.

Tiger has come to adopt the motto "no pressure, no diamonds." Nothing good comes without a bit of hardship. After the craziness that has been 2021, 'Do Me Right' is the ultimate release-from-lockdown celebration song for her fans to let their hair down with. "It's been a long day, been a long week, been a long year," Tiger sings, and she ain't kidding. "I wanted to capture the feeling we've all had of wanting to reunite with our loved ones after long months of separation," Tiger says.

With all the disruption that this year has given us, Tiger has found innovative ways to keep her artistic pursuits active. For example, 'Do Me Right' was recorded across two continents due to the pandemic disrupting travel over the past two years. "The band recorded in Muscle Shoals, Alabama (where I recorded my Gasoline EP in 2019) and I recorded my parts in Sydney", Tiger says.

'Do Me Right' was produced by John Gifford III, a GRAMMY-nominated engineer who was previously an in-house engineer at the legendary FAME Studios in Muscle Shoals and mastered by GRAMMY-nominated Don Srygley. The impressive array of luminaries playing on the Alabama sessions include Bob Wray (Ray Charles, Highwaymen) on bass, Will McFarlane (Bonnie Raitt, Levon Helm, Joss Stone) on guitar and Justin Holder (Little Richard, Kris Kristofferson, Jason Isbell) on drums.

The video for 'Do Me Right' was done during a cheeky lockdown shoot in Sydney, and it was a bit of a family affair. "We had to film during the Sydney lockdown, so it was filmed by myself and my parents!" Tiger says. "Jay Seeney from Blacklist Production House edited it. It was shot in Centennial Park."

Lucie Tiger has seen her career progress in leaps and bounds. Her unique brand of Country music has seen her nominated for three Australian Songwriters Association (ASA) awards for Songwriting Excellence in 2020 and the title track of her 2019 EP 'Gasoline' won the Tamworth Songwriters Association award for Country Blues in January 2021. Tracks from the EP have also been played on over 40 Country radio stations in the USA.

Tiger is no stranger to doing the hard yards on the road, having performed two tours of the USA, playing shows in Chicago, Nashville (including a show on Broadway), Memphis, Clarksdale and New Orleans. A third USA tour is scheduled for April 2022. She is also playing the 2022 Tamworth Country Music Festival including a couple of showcases for the Tamworth Songwriting Association as one of their award-winning artists.

CountryTown.com.au has remarked that "Lucie Tiger is the embodiment of a Southern-infused, country-rock singer songwriter, coloured with a hefty dose of good ol' Americana charm." 'Do Me Right' has turned all those influences into something special, a tune to tear down the walls and celebrate freedom again.