Synopsis: Directed by Sundance and Emmy-Award winning filmmaker, Lee Hirsch, Bully is a beautifully cinematic, character-driven documentary which offers an intimate, unflinching look at how bullying has touched five American kids and their families.

Roadshow Films managing director Joel Pearlman said it was important this extraordinarily powerful work was released in Australian cinemas to highlight the issue of bullying which was not restricted to the United States.

According to the National Centre Against Bullying, 27% of young Australian people report they are bullied every two weeks or more, with cyber-bullying happening to one in 10.

"This powerful film is just as relevant to Australian children and their families as it is to those in the US. We look forward to Bully continuing the conversation and ensuring that it remains a topic of great importance for families and the community in general," Mr Pearlman said.

"The best social documents on film do more than show you what's wrong in the world - they make it personal. Bully does that with a passion. Potent and provocative" Peter Travers, Rolling Stone.

Filmed over the course of the 2009/2010 school year, Bully opens a window onto the pained and often endangered lives of bullied kids to reveal a problem that transcends geographic, racial, ethnic and economic borders.

It documents the responses of teachers and administrators to aggressive behaviours that defy "kids will be kids" clichĂ©s, and it captures a growing movement among parents and youths to change how bullying is handled in schools, in communities and in society as a whole.

At its heart are those with huge stakes in this issue whose stories each represent a different facet of America's bullying crisis. Stories include two families who have lost children to suicide and a mother awaiting the fate of her 14-year-old daughter who has been incarcerated after bringing a gun on her school bus.

With an intimate glimpse into homes, classrooms, cafeterias and principals' offices, the film offers insight into the often cruel world of the lives of bullied children.

Directors' statement: Bully is a deeply personal film for me: I was bullied throughout middle school and much of my childhood. In many ways, those experiences and struggles helped shape my world view and the types of films I've endeavoured to make.

I firmly believe that there is a need for an honest, gutsy film which gives voice to the kids who deal with such torments on a daily basis. Through this unflinching look, we will make a difference for other young people across communities and improve our collective response to this crisis.

Moving away from the silence, shame and attitude of "kids will be kids," I intend that this film not only reach those who have been the victims of bullying, but more importantly, those who still need an 'empathy push'. Viewers will be left with a clear sense of how they can step into a bullying situation and make a positive impact. 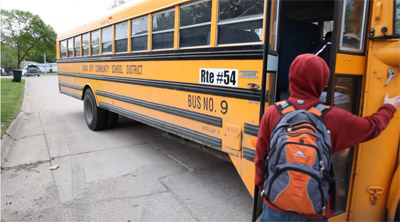 Question: Why did you decide to make the documentary, Bully?

Lee Hirsch: Documentaries are really hard because you want to find something that is meaningful and you can connect to. Bully was something I'd been thinking about for years and years; I'd pick it up and then put it away and then pick it up and put it away. Having been a kid that was bullied the emotional landscape of the film was very clear to me and the need felt very clear.

Once we geared up and said 'let's try it' I asked Cynthia Lowen to join me in producing and we started digging in and it became evident as to how people were hurting and needing this film. This was especially for people that go through the experience so they could have this to point to and say 'this is it, this is what happens, this is what we go through'; even thought it might not be exactly the same as Bully. It felt like a good thing to do.


Question: How important was it for you to honestly showcasing this chronic issue?

Lee Hirsch: I didn't want to make a proper-gander film or a Michael Moore film; I wanted these families stories play out. It had to be honest, it's a documentary.


Question: How did you go about finding suitable case-studies?

Lee Hirsch: Different ways. Some were found by daily Google news feeds; Ja'Maya Jackson's story was a big national story but the story wasn't about Ja'Maya it was about the football player that tackled her and he was this big hero. I wondered who the little girl was and what happened to her to make her pull a gun? We went off to Mississippi to find Ja'Maya's mum and connect in.

We met Kelby because her Mum had written to Ellen Degenerus and her producers connected us. We read about the families whose kids had passed and we reached out to them.

The big break for us was finding this school and a school district that would say yes to us. Would let us come, film and see what happens within the school over the course of a year and that's how we met Alex.


Question: Was it difficult to get Alex's family on board?

Lee Hirsch: Not really however they were reluctant at first. The other families were looking to tell their stories whereas Alex and his family were just living their lives when we came along. I think that Alex wanted to tell his story and his parents felt that it would be a good thing if it got him to open up. I don't believe they were overly excited to share their lives and most people wouldn't be because you would feel very vulnerable; they were incredible in letting us in, they are an amazing family.


Question: At what point did you believe it was important to show Alex's parent's your footage?

Lee Hirsch: After that ride. It was literally real time the way it played out in the film. We got off the bus and I said Cynthia Lowen 'we've got to step in here' and we put the film on hold to try and work with the school and the family to show what we'd seen and explain that something had to give.


Question: Can you provide any information on how Alex is doing now?

Lee Hirsch: I have tonnes of information! Alex is doing so unbelievably well; he is really outgoing, confident and really happy. Alex is getting great grades and isn't getting bullied anymore. His also doing public speaking and he wants to be a singer; he just performed with Sean Kingston in San Francisco for No Bull and he rocked it; you can see that on YouTube and it will make you smile.


Question: How has the school changed since the filming?

Lee Hirsch: They have instituted changes and they now have people monitoring the footage from the buses on a daily basis. Bully has been a very big issue in their small community and the film was a national story. They are really working on changing the school culture, it's hard work to change the climate but they are very much committed to it and that's why they let us in, in the first place.


Question: What was the most difficult part of filming?

Lee Hirsch: Seeing the indifference out there in different ways and seeing people struggling against that and who'd suffered so much, particularly the families that lost children. I filmed with four families and there are only two featured in the film, it was really overwhelming to process that, very sad. 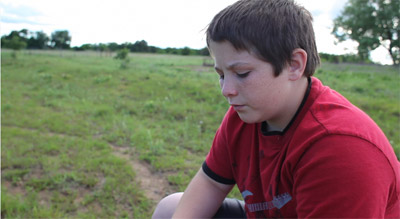 Question: What's been the highlight of the whole experience?

Lee Hirsch: There have been some very big highs, for me including going to The White House and getting to meet the President but there are a range of things.

We did a screening of Bully for 7,000 kids in Los Angeles at once and they were completely into the film and at the end of the film (spoiler) when the girl asks 'Alex, would you sign my shirt?' all 7,000 started cheering and that's a moment I'll never forget.

Also, seeing Alex and Kelby step into being advocates and being so thoughtful and powerful whilst not being stuck in the loop of being victims has been really gratifying.


Question: How is Kelby going?

Lee Hirsch: Kelby now lives with his girlfriend in Oklahoma City, he moved out of the small town.


Question: Will there be a follow up film to Bully?

Lee Hirsch: I don't know…We will address some things on the DVD in the Special Features.


Question: What advice do you have for kids who see other kids being bullied?

Lee Hirsch: There is not one set thing, what each individual needs to do is come up with a strategy to assist and that requires creativity but kids are creative and smart. As smart as kids can be at bullying they can be equally if not smarter to gather their numbers to be supportive. Obviously don't stand by and let others be bullied or bully anyone. Talk to that person who is always sitting alone, is excluded from the parties or is being treated like crap.


Question: What are your hopes for the future, in regards to bullying, in Australia?

Lee Hirsch: That page is yet to be written. There are groups of people who can lead this charge and we hope that people and schools really rally behind Bully in Australia. I hope schools take their students to see the film and then use our resources that are on the website (thebullyproject.com) to engage. I hope Bully has an impact in Australia and I feel very blessed that we have an Australian distributor because it's a long way for a documentary to come.