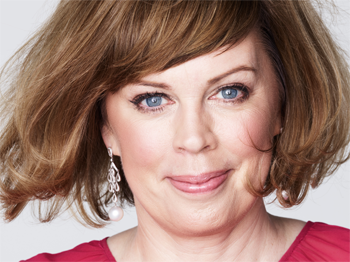 Clara and the Climate Changer Introduces the Topic to Children

What if you woke up one morning and were given the chance to change the world – still dressed in your soft, cosy pyjamas?

This is exactly what happens to 9-year-old Clara, the empowered climate-heroine in Katarina Wallentin's second children's book about one girl's quest to restore the earth's tainted beauty and the courage she needs to muster when possibility knocks.

In this eco-adventure illustrated by Roser Cusso, that knock comes when Clara is met by a female disgruntled polar-bear who, sick of rising waters and diminishing fish reserves, floats in from the north pole in a red hot air balloon to find a human cub who will help.

She comes with the key to climate change reversal wrapped neatly in a red parcel, but it comes with a catch " there is only one chance to make it happen and, for it to work, the world must give up their cars, planes and dirty factories all at once.

For the promise of a brand new world, Clara rises above her adult counterparts - including the local female police chief - to ensure this one and only possibility is not wasted.

Her courage, passion and determination connects Clara to prime ministers, presidents and other global leaders as she gathers support. Full of ups and downs, Clara's journey invites the reader to reflect on the following questions:
What message would you hear if you allowed yourself to simply stop and listen?
What would you be willing to change, give up or go without to save the Earth?
What are you holding on to (as if your life depended on it) that if you let it go, it would create more space and opportunity than you could ever imagine?

Woven within the pages of Wallentin's children's book is an important message – the planet is worth fighting for, we are the ones to do it and change is actually possible when we won't take no for an answer.

Katarina Wallentin has worked in many hidden parts of the globe with international organizations such as United Nations, Amnesty International and Doctors Without Borders. Her aim has always been to explore, experience and change the world we live in to something greater for now and the future. During her travels, she has experienced first-hand that nothing on this amazing Earth is totally black or white, right or wrong. Instead, everything is interconnected and what you see, depends on the shade of the glasses you put on. This year she is publishing two children's books – The Baby Unicorn Manifest and Clara & the Climate Changer. She is currently working on a third book, for adults, called The Bullshitometer. Katarina lives in Stockholm with her 15-year-old daughter Emilia who she brings on her travels and adventures as often as possible. www.katarinawallentin.com Question: What inspired you to write Clara and the Climate Changer?

Katarina Wallentin: I would say the initial spark was my daughter, who in many ways is a Clara. In her, and her generation, I see the demand for change that can and, I believe, will create a different future. It created this sense of urgency and a desire to show that hope is synonymous with choice, action and infinite tenacity.


Question: What age readers is Clara and the Climate Changer aimed at?


Question: How did you go about sharing a complex topic with a young audience? How did you ensure this was presented in a non-frightening way?

Katarina Wallentin: The main topic of the book isn't actually the climate change per se. It is Clara's choice to change it when she gets the chance, the possibility to do so. It is her journey from the possibility showing up, literally out of the blue, in the form of an air balloon sinking from the sky, to the moment when the climate changer opens and the world changes. The message in the book is that we have the capacity to change the path we're on, if we choose to, and if we do it together.


Question: What advice do you have for parents who want to educate their children about climate change?

Katarina Wallentin: I would focus on what is changeable and that they, in every choice they make, play a key role in creating their own future. The most frightening things are those that seem to be beyond our control. Give them the sense that they can be part of creating the kind of future they desire.


Question: What research did you do, prior to writing Clara and the Climate Changer?

Katarina Wallentin: I didn't do any specific research for this book. I am not even sure how much the solution in the book – that everyone should stop driving cars – would change when it comes to climate change. The point is that we, all of us, right here and now, are the ones that have to choose something different to change the world.


Question: How are children feeling the effects of accelerating climate challenges?

Katarina Wallentin: Children represent 30 per cent of the world's population. Not only are they the largest group of people currently affected by climate change, but they are also more vulnerable than adults to its harmful effects. For example, climate change is already affecting people's ability to feed themselves. And when that happens, it is children who suffer the most. Children are the generation that will be required to deal with the future impacts of climate change " they're the ones that will live on the future Earth.


Question: What was the best thing about creating the character of Clara?

Katarina Wallentin: I really enjoyed creating an unstoppable girl who is not intimidated by anyone – polar bears, grumpy ladies or presidents. A girl who doesn't doubt her intelligence and determination for a second.


Question: What can parents do with their children, today, to adopt a more sustainable mindset?

Katarina Wallentin: I would talk about concrete things " like the lifespan of toys, helping them sort their own garbage and talk about their carbon footprints and compare with your own. Make it about them " and also show the magic of running hot water and washing machines. Gratitude is a great start of a sustainable mind-set!

Katarina Wallentin: I am working on a follow up to the Clara book called Tanja & The Truth Sayers.