Guvera Named the Official Music Streaming Partner for The Voice 2015

Guvera Named the Official Music Streaming Partner for The Voice 2015

Australian-owned music streaming service, Guvera, has today announced it will be the exclusive music streaming partner for the upcoming season of the Nine Network's The Voice.

In an Australian first, Live Finalists recordings from The Voice will only be available via the Guvera music streaming service, allowing fans to listen to their favourite performances for free as soon as the nightly shows have aired.

This content will be available on Guvera following the performances of the Top 16 and will continue until the winner is announced.

'As an Australian company we want to support local talent as much as we can. The opportunity to share the performances from The Voice will allow Guvera to bring fans closer to the Artists than ever before, and will be an important part of launching the next big Australian act.

'Australians are seeking easily accessible and affordable entertainment in real time and our partnership with The Voice will fill the appetites of the show's fan base, offering exclusive content from both the performances and via Artist and Coach curated playlists in between every episode, for free.'' Said Guvera CEO Darren Herft.

Lizzie Young, Nine Entertainment Company's Director of Content & Brand Integration said, 'Our partnership with Guvera for Season 4 is incredibly exciting. For the first time fans will be able to stream music from The Voice at no cost and we have extended The Voice's footprint with an exclusive branded music channel on the Guvera platform, a strong engagement piece for our music loving audience".

Globally, Guvera has more than 11 million users and is available in over 20 markets. In Australia, Guvera offers unlimited music streaming via its app on Android and iOS mobile and tablet devices, as well as on the web at www.guvera.com.

Why Are Women So Strange and Men So Weird?

Yes, it's true: men and women do speak different languages! As a psychologist, I can assure you that the...

The Voice has tonight revealed the Top 8 finalists who will now prepare to head out on their first ever national...

The Voice On Tour Tickets 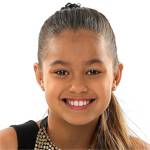 The Australian tour begins at the Melbourne Recital Centre and then travels to the Brisbane Town Hall, followed...

Voices against violence has been developed in partnership with UN women and the World Association of Girl Guides...