Gang Of Youths angel in realtime 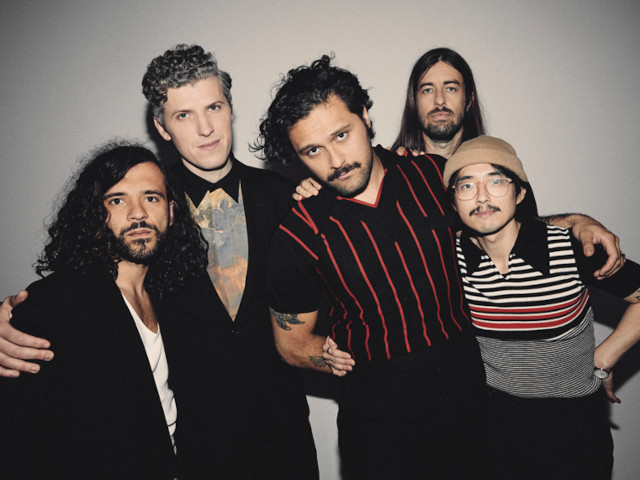 Gang Of Youths announce they're coming home for their biggest tour to date to launch their long awaited third studio album angel in realtime. - set to arrive on February 25th 2022.

"The album is about the life and legacy of Dave's father, indigenous identity, death, grief and God. And also the Angel, Islington." Gang Of Youths.


The angel in realtime. tour presented by Handsome Tours, TEG Live and triple j will be held in Australia's most spectacular arenas in July and August 2022, kicking off at Perth's RAC Arena, then to Adelaide Entertainment Centre and Sydney's Qudos Bank Arena, before heading to Melbourne's iconic Rod Laver Arena. The band also return to Auckland and Wellington for their first Aotearoa headline shows in five years.

Fans in Brisbane and Hobart are advised not to despair, some very special announcements are coming soon. Sign up at amoreperfectunion.com.au for updates.

Following their recent singles, 'the angel of 8th ave.', telling of falling in love in a new city and making a home in another, and 'the man himself' a song created around a sample recording from the island of Mangaia in the Cook Islands about living without the guiding hand of your own father, today they release album track 'tend the garden'.

Le'aupepe said, "My dad was a gifted and passionate gardener. It's where he funnelled a lot of his energy and sensitivity, and despite our humble economic status, we were always surrounded by beauty. The journey he made from Samoa to NZ to Australia was a difficult and inspiring one, but also fraught with mistakes, regret and terrible choices. I like to think he was building something beautiful,  and pondering what life had given him in spite of his mistakes and concealment. We never knew his story until after he died, so this is the most poetic interpretation of his affinity for gardening that I could think of."

Although the album is eclectic - influences range from American minimalism and contemporary classical to drawing upon the legacy of Britain's alternative/indie scenes, from drum n' bass to the most transcendent moments of Britpop - it's equally rooted in Le'aupepe's Samoan heritage, with the majority of tracks featuring samples from David Fanshawe's recordings of indigenous music from the Polynesian islands and the wider South Pacific. angel in realtime. also features contributions from a cast of talented Pasifika and Māori vocalists and instrumentalists.

Le'aupepe says, "I hope the record stands as a monument to the man my father was and remains long after I'm gone myself. He deserved it."

angel in realtime. will be released on digital, double vinyl and limited run D2C vinyl and CD.