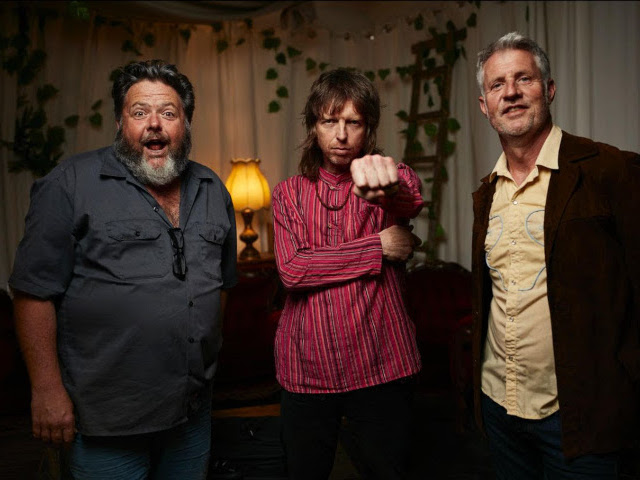 Nearly nine months after its initial release and subsequent appearance in the ARIA Top 20 Album charts, Melbourne's beloved EVEN have announced that the long-awaited vinyl release of their limited acclaimed double album Reverse Light Years is just around corner. Pre-ordered copies will be shipped by July 1, and the limited edition orange translucent vinyl retail pressing will be available in record stores in early July.

"We sincerely thank our supporters for their patience and understanding while waiting for the Reverse Light Years double vinyl LP. It's here now and on its way!!" - Even

Stock of the album has come just in time for their upcoming shows with the Sunnyboys and a short run of newly announced headline shows in Melbourne, Sydney, Adelaide and Wollongong. (Note - Sydney and Adelaide are both rescheduled shows from January.) There's every chance - we reckon - that it may all be sold before they play a handful of shows with the Hoodoo Gurus in September.

Reverse Light Years was of course Even's first ARIA Top 20 album upon release, and was subject to probably the best reviews of the band's career. The band did manage to play some shows amidst venue closures following the album's release, but they have also been impacted by Ashley Naylor's touring commitments as guitarist for both Paul Kelly's band and The Church (with whom he just played in the States). Of course the shows with the Gurus have been put back more than once too, so the group is really looking forward to getting out there. The headline shows will give fans a chance to hear a good chunk of the epic that Reverse Light Years is, and the shows with the Sunnyboys and the Gurus promise to be great fun for different reasons; both bands are major Even faves and had songs featured on Even's 2020 collection of covers entitled Down The Shops.

All upcoming shows will feature the group's expanded four-piece line up with features second guitarist Anton Ruddick, on loan from the Swedish Magazines.