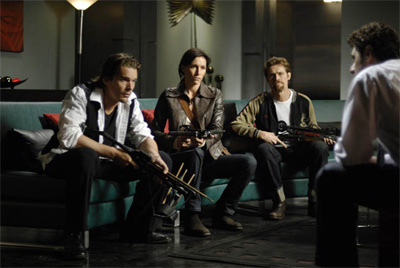 ETHAN HAWKE SINKS TEETH INTO A DIFFERENT KIND OF ROLE.

While Ethan Hawke may be best known as one of Hollywood's most serious actor, showing off his fun side was one of the reasons for opting to star as a tortured vampire in the Spierig Brothers' Daybreakers, shot in Australia and co-starring Australia's Claudia Karvan and Sam Neill in this futuristic thriller. The film is set in the year 2019, at which time a plague has transformed most every human into vampires. Faced with a dwindling blood supply, the fractured dominant race plots their survival; meanwhile, a researcher [Hawke] works with a covert band of vamps on a way to save humankind. Ethan Hawke talked to Paul Fischer in this exclusive interview.


QUESTION: Now when they come to you with a script like Daybreakers, which is a genre film, what is it about this that you were drawn to, that you felt was different from the norm?

ETHAN HAWKE: Well, I'll say first off that it's not based on a comic book on a graphic novel, or a movie that somebody else made 13 years ago in Bolivia, you know? It's their own, so it's exciting, talking with people who are creating something original like that. Second of all, the thing that appealed to me most about it was, I think the best genre films - the really great B-movies of all time - all kind of operate as an allegory. And I respected that about the script.


QUESTION: What are the challenges of humanizing a character like this? I mean, to really bring out the humanity of this guy?

ETHAN HAWKE: Well, you know, to be honest, I think it's always hard in the genre movie to make the characters human at all. In fact, I think it's kind of the difference between ones that are good, ones that last, and ones that don't - are whether or not you get invested in the characters or not, because in truth, it's not that hard, but it's difficult to make cool vampires and chop off their heads, and do all that stuff. But the trick is to come up with a story that actually makes you invest in it. 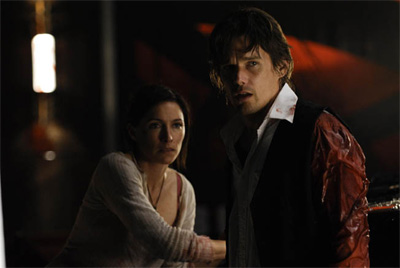 QUESTION: Is there a fantasy in you as an actor to do something like this, and to basically get to play, because these are the kinds of movies that you clearly don't take as seriously as a movie that you do with Linklater?

ETHAN HAWKE: Exactly. Well, that's the fun of it. And, you know, I had I had just done before, Before the Devil Knows You're Dead, with Sidney Lumet, and I'd just done The Coast of Utopia by Tom Stoppard, so I loved the idea of doing something fun. I've worked in movies a long time. I've done a lot of different kinds of movies, but I never did a movie that would play great at midnight, and I thought this would be a fun one. And the thing is when you're an actor working in movies, you kind of bet on people. I liked the script. I thought it had possibilities to be something kind of neat, and something special and original. But what I really was taken with were these two young men. Peter and Michael and the fact that they're brothers, and the fact that they care so much. You could tell when you sit with them that they would not rest until they made the best possible movie that they were capable of making.


QUESTION: How do they work as a team? I mean, does each one have a different skill, or do they work pretty much in unison?

ETHAN HAWKE: You know, I'm kind of figuring that out. I think the trick is that - either of them could have directed the movie by themselves. But what happens is, it makes them - you know, one can meet with the costume department while the other one meets with the effects. One can be at rehearsal with actors while the other one goes on a location scout. They're so of a piece, that in a way, having two people - symbiotic people like that - helps. We didn't really have that much money to make this movie. And part of the reason why it turned out as well as it did, like it or not, as well as it did, is because of how well-prepared it was, and how hard those guys worked. And they worked twice as hard as any other director could have worked.


QUESTION: What surprised you the most about working in Australia, and working with an Australian crew?

ETHAN HAWKE: The biggest surprise for me was - I'd grown up thinking Australia was roughly the same size as the United States. And I had thought that the population was the same, so I was totally gobsmacked by how few people there are over there. And when you think about that, in relationship to what you guys have accomplished, and how - you know, for me, meeting people like Claudia, and seeing - you know, she writes her own television show. And there's all this huge network of people of artists in the community doing great work, that is just coming from such a small pool. I was kind of blown away by that. 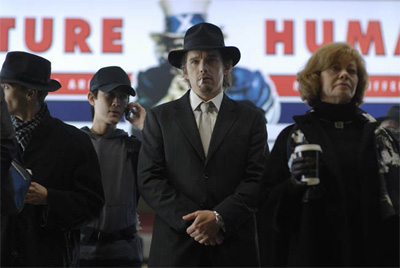 QUESTION: Did you take advantage of the nightlife that the Gold Coast has to offer?

ETHAN HAWKE: You know what, man? The Gold Coast nightlife left a lot to be desired from our point of view. I went to the Melbourne Film Festival, and I got to hang out there a little bit. And that's a city I'd like to spend a lifetime in. And I've been to Sydney, and that's even better or at least as good. Those two cities are amazing. Those are the only other cities I went to.


QUESTION: Now, your choices as a director are very different from your choices as an actor. You make very small, personal films. Do you want to expand your directorial horizon? Does that interest you? Or are you interested in sticking to the kinds of films that you've done successfully as a director?

ETHAN HAWKE: I'm a professional craftsman at acting, so when it comes to directing movies, my sensibility is so tiny. I mean I would have no interest in directing a genre movie. I wouldn't begin to know how to edit it I know about storytelling, and I can enjoy helping as a performer in one of these movies. But if it came to directing a movie, I like small, personal films. Those are always the things that I gravitate the most to.


QUESTION: Now, let me ask you about a couple of upcoming things. First of all, I'm reading that you're working again with Linklater. But it's not part of the Sunrise, Sunset franchise as it were, is it?

ETHAN HAWKE: [LAUGHTER] It really makes me laugh to call Before Sunrise and Sunset a franchise. Pretty exciting. But - you know, Rick and I have made, I think, six movies together, and I think we both hope to make six more. But I don't know - we don't have another Before Sunrise actively.


QUESTION: Did you also do Moby Dick?

ETHAN HAWKE: It's true, yeah. I did. It was awesome.


QUESTION: What kind of take is there on Melville's book?

ETHAN HAWKE: Well, we did a two-part miniseries. So what it is - it's four hours long, which lets you - you know, John Huston's film is incredible, and I do love it. But what it lets you do is, it lets you flesh out all the other characters, and kind of dive a little deeper into the story. And what they can do with effects now, with the whale being underwater, and that kind of photography that you can do, makes it much more possible to fully realize that story. I don't know how familiar you are with it, but that story is so incredibly relevant, you know? All about greed, and trying to have power over nature, and the arrogance of that. And I was really moved by the story. 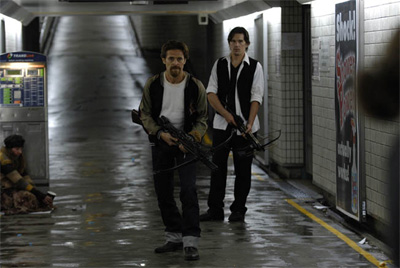 QUESTION: And what else have you finished that you're excited about?

ETHAN HAWKE: Well, I have this other movie called Brooklyn's Finest, that's coming out in March.


QUESTION: Right, which was at Sundance last year?

ETHAN HAWKE: Yes. Yeah, that's with Antoine Fuqua. We did Training Day. And it's an awesome movie that comes out in March. And I'm directing a play right now by Sam Shepard. I'm doing A Lie of the Mind here in New York.


QUESTION: Now, is that important to you to return to the theater, isn't it? I mean, you're not a quote-unquote "movie star." You really are an actor in a purer sense of the world. Is that how you like to see yourself?

ETHAN HAWKE: You know, I try not to think like that. But, I mean, I love my job, and the whole - the rest of the life of an actor stems from knowing your way around stage, and knowing that environment. That is the actor's medium, so it does - it's not an effort to make myself return to the stage. You know, it's something that brings me a tremendous amount of pleasure. And I feel like it gives me something unique to offer the film industry when they come calling. You know, I've never had interest in cultivating a life beyond being a good actor.


QUESTION: Is there a classical character that you still have a yearning desire to play on stage? Or screen, for that matter.

ETHAN HAWKE: Oh, sure. Sure, you just have to scratch the surface, and there's a lot of them I would love to do. You asked about projects with Linklater. I'm aspiring that we will make King Lear together. Richard Linklater has an idea. We're both preparing ourselves now that in 25 years we'll do it. When he's 75 and I'm 65, we're gonna make a killer film of King Lear.


QUESTION: If I'm still interviewing at that time, I will look forward to talking to you about it. 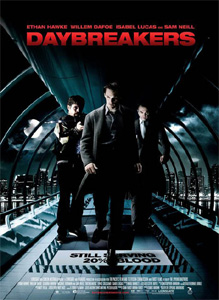 It's 2017, and the undead far outnumber the living in this horror film starring Oscar nominee Ethan Hawke (TRAINING DAY). A virus has spread across the earth, turning its inhabitants into vampires. With their blood supply dwindling, the vampires must find a way to sustain their source of food.