New to The Elf On The Shelf Accessories 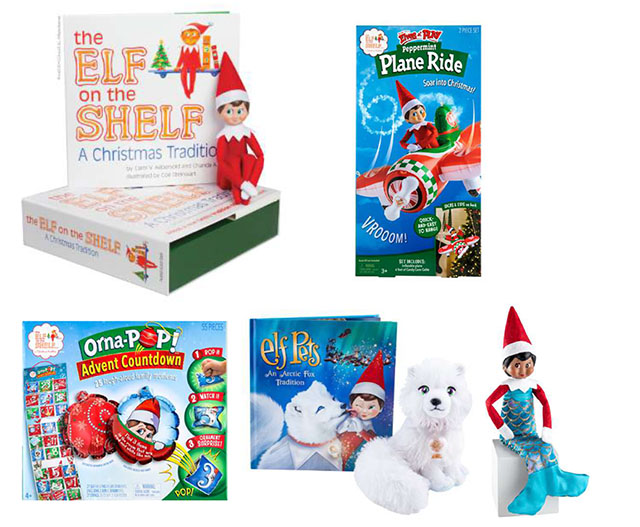 With only days until Christmas, families across the country are preparing for a magical season by welcoming back The Elf on the Shelf: A Christmas Tradition® into their homes for another year of festive fun.

To celebrate the lead up to Christmas, the popular children's illustrated story book is returning to Australia to
capture the hearts of many more families and add a little magic to homes across the nation.

In addition to the original The Elf on the Shelf: A Christmas Tradition® boxset, this Christmas heralds the release of some tree-mendous new items including Elf Pets® An Artic Fox Tradition, Orna-POP!™ Advent Countdown, Scout Elves at Play® inflatable accessories and a brand-new Claus Couture Clothing Collection.

Orna-POP!™ Advent Countdown is an action-packed, fun alternative to traditional chocolate countdown calendars. This beautiful holiday advent calendar is perfect for the whole family. Kids can "bop and pop" self-inflating Christmas ornaments that include jokes, games and riddles making each day an exciting surprise, and then hang them on their Christmas tree.

Joining the popular Elf Pets® A Saint Bernard Tradition and Elf Pets® A Reindeer Tradition is Elf Pets® An Arctic Fox Tradition, a new global release for the 2019 season. This heart-warming tale tells how Santa's Christmas Eve journey occurs in one night, thanks to an arctic fox that sets polar lights aglow – pausing time and protecting his sleigh inspiring children with a message of hope.

Families can create more magical Scout Elf moments with new Scout Elves at Play® inflatable accessories including: Magic Portal Door and Slide, which gives your Scout Elf the ability to 'slide' into Christmas, Peppermint Plane Ride that will take your Scout Elf to new heights and the Peppermint Balloon Ride will make kids spirits soar when they find their Scout Elf in their own hot air balloon.

The magical tale that explains how Santa's Scout Elves help him manage his naughty or nice lists is a number one best seller, selling millions around the world.

The Elf on the Shelf: A Christmas Tradition® boxset comes with a beautifully illustrated children's book that tells the story of Santa's helpers and their special role at Christmas time, along with an adoptable Scout Elf, whose job is to report to Santa.

When a family adopts a Scout Elf and gives it a name, the Scout Elf receives its Christmas magic and can fly to the North Pole each night to tell Santa Claus about all of the day's adventures. Each morning the Scout Elf returns to its family and perches in a different place to watch the festive fun, creating a unique family moment. Children love to race around the house and see where their Scout Elf has landed.

Official Scout Elf "adoption centres" will open across the nation again in Westfield shopping centres and all good retailers throughout Australia from September.

For more information or to purchase any The Elf on the Shelf: A Christmas Tradition® product head to:
www.elfontheshelf.com.au

Review: The Elf on the Shelf is fun tradition for both parents and kids to enbrace the Christmas spirit.  Every Elf has it's own adventures and we love to hear and see what the elves of the world get up to.  Each year we look forward to new pets, adventures and clothing, this year our favourites are; An Arctic Fox with his own magical snowglobe and book, Peppermint Plane Ride for Elf to explore new heights, Mermaid Claus Couture for bath mischief and Orna Pop and Advent Countdown that is full of surprises to entertain the whole family.  The Elf on the Shelf and accessories is so much fun, making Christmas the magical for the whole family.