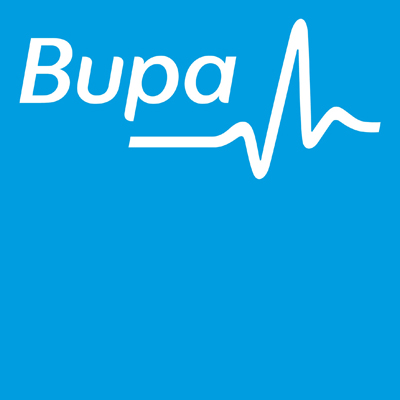 Young Aussies are unaware of important sexual health facts and it's putting them at risk, according to results from the Bupa Sexual Health Survey 2011* released in August, 2011.

The survey of 18-35 year old Australians has revealed a series of myths and misconceptions regarding sexual health, highlighting the need for young Australians to stay up to date on the latest sexual health information.

Alarmingly, nearly one in ten young men believe the contraceptive pill protects against sexually transmitted infections (STIs) and one in five males are unaware that catching an STI could affect their fertility.

Nearly half of respondents believe that Pap tests can detect STIs, despite widespread health education campaigns highlighting that Pap tests are a cancer screening tool.

'The level of misinformation about sexual health should be a concern, particularly given recent figures which show the incidence of STIs has been increasing again in Australia," Dr Goldstein said.

The survey also revealed that four in ten young Australians do not know when a woman is most fertile and therefore most likely to fall pregnant, which may be a contributing factor to a rise in unwanted pregnancies.

Dr Goldstein went on to say: 'Having the wrong information can undoubtedly contribute to Australians making the wrong decisions when it comes to contraception.

'The increased risk of unwanted pregnancies can create significant and very long term consequences. 'It is critical to continue investment in effective health education, so we can protect and maintain the health of young Australians by ensuring they get their facts straight," he said.

Myth 3: Catching a STI will not affect a person's fertility
Fact: STIs including Chlamydia, gonorrhoea, non-specific urethritis and cervicitis can cause or increase the risk of infertility in both men and women.

Question: Were you surprised by the results of the Bupa Sexual Health Survey?

I'm not sure what people are being taught at school or if sex education is only being taught in some schools. I think people have short memories and there are so many things we are trying to get through to people that it's hard to remember what we're taught in year 8 or year 9 at school. When do we stop teaching people? When I talk to my kids and say 'You've had your sex education classes, let's talk about it now so I can ensure you understand" they reply 'No way! We know more than you do!" Responses like that make it hard because I am willing to bet them that they don't know more than their parents.


Question: How often would you suggest someone has an STI test?

Dr. Stan Goldstein: STIs are related to having multiple partners and if you have symptoms, you need to visit your GP. There are a lot of different diseases that we are talking about because STI is a euphemism – it really means a whole bunch of things including Herpes, Chlamydia, Gonorrhoea, HIV, Hepatitis and more; this is because there are lots of infections and diseases that can be transmitted in this way.

Normally it is a question of if you are going to have multiple partners then you should get checked out and certainly if you have any symptoms because you're going to pass on the infection, before you know it.

Dr. Stan Goldstein: Chlamydia is a common infection that affects fertility and HIV affects everything although I'm not sure if anyone has tested the link between HIV and fertility. All things that cause your genital track to become inflamed can affect fertility because inflammation causes scarring and scarring causes damage and damage will make it harder for an egg to find its way to the right place, fertilise and imbed itself.


Question: Does an STI affect fertility in both males and females?

Dr. Stan Goldstein: It does, Chlamydia is the STI that is usually sighted as the infection that affects fertility along with Gonorrhoea in both males and females.


Question: When is a woman most fertile?

Dr. Stan Goldstein: Days 12 to 16 of a woman's normal 28 days cycle is usually when she is most fertile. Personally I believe in practicing a little bit of care on either side of that, as well as most fertile doesn't protect you, all of the time.