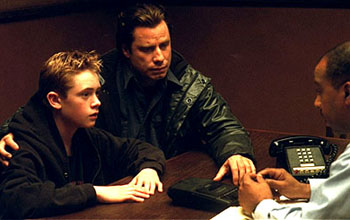 
Synopsis:
Frank Morrison wants what's best for his son. Since he and his wife Susan divorced a few years ago, their son has been rebellious and troubled, with a history of lying. But Frank and Susan love Danny dearly; they understand that beneath his defiant exterior lies an eleven year old boy who needs compassion, understanding and good parenting. For his sake, and with the mutual regard they still share, Frank and Susan have tried to be the best parents possible.

Now everything is changing. Susan has found someone new; she's about to become Mrs. Rick Barnes. A newcomer in town, Barnes has already made his mark as a wealthy philanthropist. He'll be able to give Danny things that Frank, a boatbuilder, simply can't. Struggling with jealousy, Frank has to admit that two parents at home might be just what Danny needs.

Before the wedding is over, Danny starts telling Frank stories about Rick Barnes - stories that become increasingly troubling as time goes on. Frank is torn between refusing to believe his son, whose reputation for telling the truth has always been spotty, and considering the awful possibility that Barnes might be altogether different than he appears.

When Danny tells his dad about a murder, Frank's sheer instinct must determine what's true and what isn't. As events first support and then contradict Danny's desperate stories, Frank realizes time is running out: his ability to see the truth may hold his son's life in the balance.