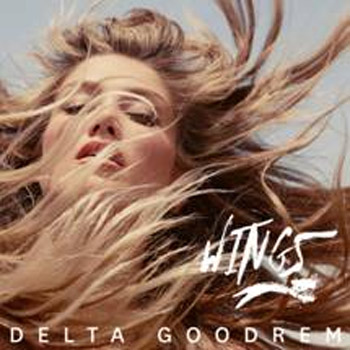 Delta Goodrem's hot new single WINGS has soared up the ARIA chart to claim the #1 spot today!  Wings is Delta's 9th #1 single since releasing her first #1 hit in 2002 with Born To Try.

Delta Goodrem this year celebrates her 15th year in the music industry, having first been signed by Sony Music Australia at 15 years of age.

'I am absolutely delighted that Delta's brilliant track Wings is  #1 on the ARIA National chart. Wings is Delta's ninth no 1 single - an incredible achievement.  Having signed Delta when she was just 15 years old it has been a great pleasure watching her amazing talent unfold over multiplatinum albums and singles since then. We could not be prouder of Delta – she is an outstanding person and a wonderful musician, performer and songwriter. I would also like to add a big thank you to the fans new and old for your wonderful support for Delta."  Denis Handlin AM, Chairman & CEO Australia & New Zealand and President, Asia, Sony Music Entertainment

The video clip to Delta's #1 single Wings was produced/directed by Anthony Rose and filmed in Sydney.  The visually spectacular video shows Delta's shifting transformation from winged goddess to multi-instrumental performer.

"I am so delighted that my new single WINGS has been embraced by Australian music lovers. The song is a true refection of where I am in life & my career. This song has so much love poured into it, from myself, my co-writers & producers DNA, Denis Handlin and my Sony Music family, the Nine Network, The Voice and all my team, but most of all – my incredibly loyal supporters. The public have been so instrumental to some fantastic milestones in my life and career, some have been with me since I started and others have just discovered me. Music unites people and I am so thankful to be sharing this moment with everyone important in my life. Thank you" said Delta.

Delta is set to have an exciting end to 2015 as she makes her theatre debut and joins the all-Australian cast in the revival production of Andrew Lloyd Webber's CATS, following its smash hit season on London's West End in 2014.  Commencing in October, Delta will play the coveted role of Grizabella in Sydney, Hobart & Melbourne and will perform the widely loved hit song Memory that has been recorded by over 150 artists including Liberace, Barry Manilow, Michael Crawford and Barbra Streisand.

At just 30 years of age, Delta Goodrem is one of Australia's most accomplished female identities whose music career launched 15 years ago with an incredible debut single from a then virtually unknown 17-year-old singer/songwriter.  The debut single Born To Try not only changed Delta's life forever, it also altered the shape of Australian pop culture. 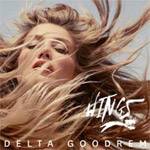 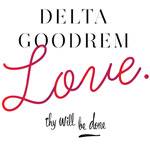 Delta Goodrem Love... Thy Will Be Done

In celebration of joining the Andrea Bocelli 'Passion For Life' tour, Delta has recorded one of her favorite... 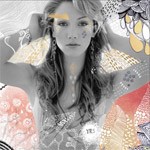 To commemorate this historic event in Australian music, Delta Goodrem and Sony Music Australia are set to...

Multi ARIA and Logie award winning singer, song-writer and actor Delta Goodrem has shown her support for the...