Dans la cour - In the Courtyard 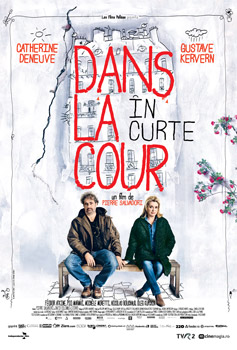 Dans la cour - In the Courtyard

Synopsis: Antoine is too depressed to go on playing in his rock band. After wandering in the streets, he decides to seek an occupation. Unskilled as he is, he is lucky to be hired as the caretaker of an old Paris apartment building. He soon proves good at his job, even if he performs it a little eccentrically, and everybody grows fond of him. Antoine also develops a particular friendship with Mathilde, a recently retired woman who lives in the block and whose mental balance is deteriorating...