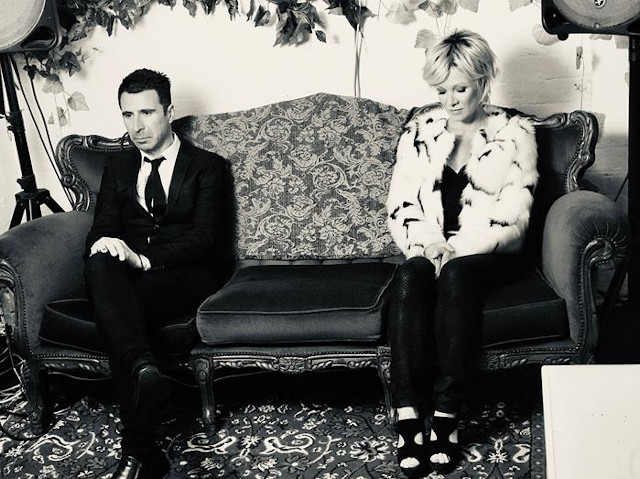 Danielle Spencer and Vince Pizzinga team up to deliver LOST LUGGAGE, an album of iconic songs.

Lost Luggage is the ethereal new musical project from singer/songwriter Danielle Spencer and songwriter/producer Vince Pizzinga.  The album 'Lost Luggage' will be released via ABC Music/UMA and today, the acclaimed duo lift the covers off the spellbinding black and white video for lead single, 'Smalltown Boy'

Discussing the video, vocalist Danielle Spencer says, "Making this video was similar to making the music. It was just Vince, myself and the director/editor Joe Machart. We worked out the look and feel we wanted beforehand and then just improvised as we went along. It was a really fun process."

Danielle and Vince's musical relationship extends across two decades. Beginning with Danielle's critically acclaimed 2002 debut album 'White Monkey', which she wrote and Vince produced, through to 2018's intoxicating cover of 'Be My Baby', a track that was so successful it set in motion a series of events that would eventually lead to 'Lost Luggage'.

"We started by creating a list of tracks that meant something to each of us," says Danielle. "Although not a conscious decision, the eventual track listing does lean heavily on early to mid-eighties classics…songs that were just great songs, regardless of production. We wanted to pay tribute to these songs and reimagine them."

To that end, Lost Luggage is an album of seven hauntingly emotive musical interpretations. Each track slowly reveals itself to the audience, masterfully blending the familiar with the mysterious. Delicate, detailed production combines with Danielle's soaring harmonies, cascading around her effortless soprano.  Her voice is extraordinary; intense and icy, then warm, rich and throaty, full of power and grace. These elements combine to fully envelope the listener in the experience of Lost Luggage.