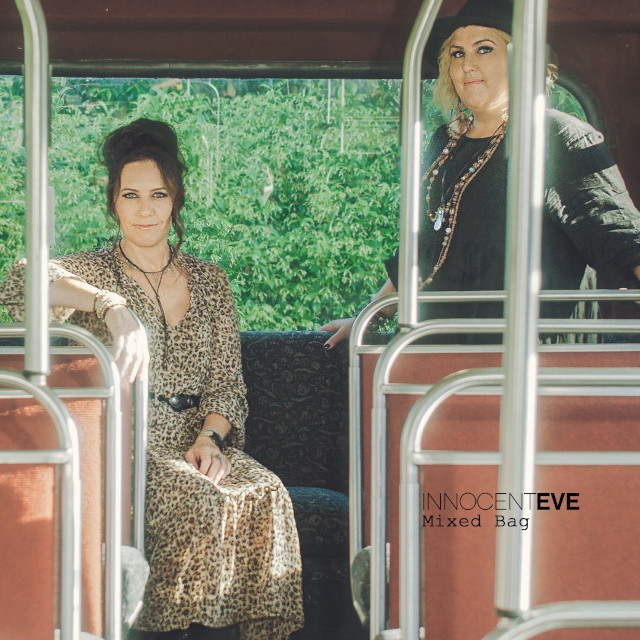 Innocent Eve have released their latest single 'Mixed Bag', and it couldn't have come at a more appropriate time given the year we're having. Hailing from a farm in Central Queensland, Rachel and Bec Olsson – the Innocent Eve sisters – are a true testimony to the power of song as a binding force, and their new release comes off the back of the single 'Viking', which spent 16 weeks in the 2TM Top 20, including a week at #1.

'Mixed Bag', the sisters say, 'was born from observing how people make judgement and comments based on differences and stereotypes, whether it's size, shape, religion, ethnicity, gender or whatever. We noticed children playing together and making friends with strangers while sitting in a sandpit, despite their differences, and we thought the world could use a little more of that. And since children were the inspiration, the concept of a mixed bag of lollies emerged – why can't we love a mixed bag of people, accepting that differences can be good, sweet and beautiful things?'

And when it comes to good, sweet and beautiful things, 'Mixed Bag' certainly ticks all three boxes. It's a strangely sultry track too, something you'd imagine being played in a dimly lit saloon, far away from the children that inspired the idea behind the track. It was produced by multi-award winner Matt Fell at Love Hz Studios, who has worked with a never-ending list of influential artists including John Williamson, Fanny Lumsden, The Wolfe Brothers and many more. Fell also produced the entire album, Viking, which is due for release later in the year.

Innocent Eve have also unveiled the accompanying video that was filmed with Duncan Toombs from The Filmery in Terrigal, NSW. The idea behind the clip was to have a bus stop with a Forrest Gump feel, where all kinds of different people hop on and off the bus. Some aspects had to be changed, given the Covid-19 pandemic, but the end result speaks for itself.

'Filming with Duncan is always a treat,' say the sisters, 'it's a creative explosion and always full of surprises. His ideas for the song were so exciting and they evolved along the way. Part of the clip was filmed last year, then it was finished during Covid-19, so he had to get really creative with some parts due to restrictions. In the end, he managed to capture the fun and cheeky side of this song, while holding onto the message of inclusion, love and diversity.'

With both 'Mixed Bag' and 'Viking' now released, the news of an upcoming album is bound to cause some excitement within the country scene. Innocent Eve's debut album, Temporary Balms, saw five singles released and all of them charted in the KIX County Hottest 20 and the Country Tracks Top 40, while some also made their way into the CMC Top 50. Innocent Eve played those singles, as well as tracks from the EP True North, while appearing in Australia's biggest country music festivals and on multiple tours through regional towns in almost every state and territory.

Though Innocent Eve's latest tour was cut short after Bec's cancer diagnosis, both Bec and the band's future bookings are making their way back to full health. At this stage, they're booked for Wintermoon in October and Airlie Beach Music Festival in November, where they've previously opened for John Williamson.

Until then, listen out for 'Mixed Bag' – which is anything but – and, as the sisters say, 'Be happy, love, be kind to one another, take risks and live a life you'll be happy with. It may not always be pretty, but it's about the relationships you have and pursuing your dreams and passions.'