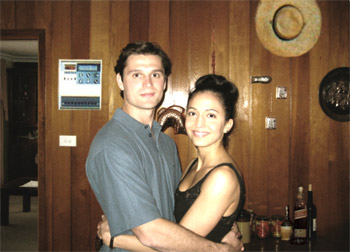 Based on the best selling book Joe Cinque's Consolation: A True Story of Death, Grief and the Law by renowned Australia author Helen Garner, the film adaptation is co-written by Dounoukos and Matt Rubinstein and produced by Matt Reeder of Night Kitchen Productions. The film has support from Screen Australia and Screen ACT via the ACT Government. Other investors include Spectrum Films and Red Apple Camera Rentals.

Inspired by the true and fatal love story of Anu Singh and Joe Cinque, a complex Canberra couple leading anything but a common life, Joe Cinque's Consolation is a gripping crime drama.

On October 26th, 1997 ANU law student Anu Singh laced engineer boyfriend Joe Cinque's coffee with Rohypnol, then injected him with a lethal dose of heroin. Singh made no secret of her macabre intent and her plan involved and implicated many in the transient student community and beyond, but nobody stopped her. She was convincted of manslaughter and jailed for four years. Accomplice Madhavi Rao was acquitted. The case generates ongoing discussion and debate.

Eighteen years later the film adaptation weaves through a stunning world of betrayal, intrigue and tragedy. The story and world is familiar to Dounoukos, who was studying law in Canberra when the events took place and has been working on bringing the story to the screen for some time.

Garner was present at the Singh and Rao trials and has been an active part of the screen development process.

Dounoukos, who has recieved a number of recent accolades including Best International Short Film at the Toronto International Film Festival in 2014 and was recently awarded the 2015 St Kilda Film Festival Award for Best Short film, says; "Joe Cinque's Consolation is a compelling story, and our adapatation will draw on Canberra's natural beauty and unique design as a counterpoint to the chilling events the film explores. As a Canberran, I have a strong connection to the city; I was studying law there when the events depicted took place, and as a filmmaker I have a passion to tell Joe's story. This ill fated love story will make us question who we are as a community."

Producer Matt Reeder says "It is thrilling that smart, sophisticated story telling like this is being supported by Screen Australia and the ACT government. It is equally exciting that industry partners like Spectrum Films and Red Apple Camera Rentals are continuing their support of the next generation of Australia's visionary story tellers."

Joe Cinque's Consolation will be released in cinemas in Australia in late 2016 via John L. Simpson/Titan View.