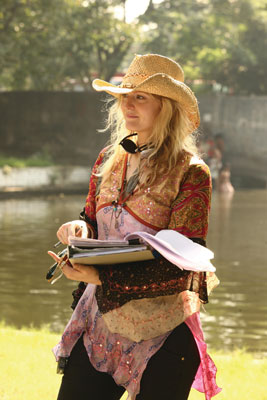 Claire McCarthy is a Sydney based writer, director, producer and visual artist, Claire McCarthy has been making internationally acclaimed short films and documentaries for over a decade.

A directing graduate of the Australian Film TV and Radio School (2001) Claire also holds a Bachelor of Design / Communications (Hons) from the University of Technology, Sydney (1994-1997).

Claire has written, directed and produced a number of documentaries, films and music videos in Australia, India, Germany and Mexico including Little Hands (2009), Skin (2006), The Find (2006), City Edge (2005), Starbaby (2002), Panopticon (2001), Square Space (2000) and Tinsel (1999) and her films have screened at many international festivals including Montreal, New York, Palm Springs, Flickerfest, St Kilda and London.

Her first feature film Cross Life premiered at the Sydney Film Festival (2007) and the Pusan International Film Festival in Korea (2007) and was nominated for an Independent Spirit Award at the 2007 IF Awards. Her Young Filmmakers Fund (NSW Film TV Office) documentary film Sisters in Calcutta was broadcast on ABC television in February 2008.

What inspired you to write The Waiting City?

Claire McCarthy: What inspired me to write The Waiting City was the city of Kolkata and the amazing experiences and people I met there. I first came to Kolkata with my youngest sister Helena about 5 years ago and we did some volunteer work in the slums with Mother Teresa's nuns. Whilst there, we met and made friends with a number of couples who were trying to adopt children. I was already deep into the process of making a documentary about the work my sister and I were doing but I started to conduct some informal interviews with a number of couples, many of whom had been through IVF and fertility programs and were now adopting children. The more people I spoke to, the more I started to become interested and inspired by their love stories - what had lead these couples to the unique situation where they were trying to adopt a child. I continued this research when I returned to Australia and developed a database of all these different expressions of family and the myriad rollarcoaster rides people have had to parenthood. Then I began to write the script from there. 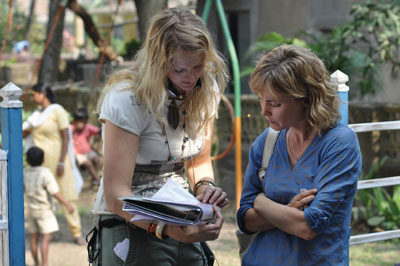 How much of your inspiration for the characters and film came from real life and real people?

Claire McCarthy: A great deal of the film is based on real life situations, friends and interview subjects although it is most certainly a work of fiction. The documentary I made (called SISTERS) also undeniably became a jumping off point for research and development of the fiction screenplay of The Waiting City and gave me insight into the people behind adoption as well as the people and city of Calcutta. I have gleaned so much inspiration from so many very remarkable and inspiring people who have allowed me to interview them and have shared their stories with me. The inspiration for this story is personal, researched, observed and imagined.


What research into adoption did you do, before writing The Waiting City?

Claire McCarthy: Research was essential about adoption in terms of this story and I was able to do this both through the work I did in orphanages, by making my documentary and also by speaking to couples who had adopted children from India as well as other countries. Adoption and the rights of children are really world issues, not peculiarly Indian issues and each inter-adoption system is unique and particular. One consistent aspect of the process I discovered early into my research was the protracted waiting period to receive a child. Often it can be quite emotionally draining for the couple - and I can imagine for the child, being in an orphanage or in an institution waiting to be received by parents. The adoption process is difficult, expensive and time consuming, as it should be. It should never be easy to adopt a child. But conversely, the time period needs to be appropriate and the system set up with the needs of the child as the central focus. Over and above the limitations of the adoption process itself, the possibilities interested me of what might happen to people whilst they were waiting to receive their child. So I began to look at that emotional stranglehold for both the parents and the child, which was of primary interest to me as a filmmaker over and above adoption in itself. I started to consider that in waiting for a child a couple would inevitably be pulled in so many different directions and vulnerabilities would be exposed within the relationship. So the love story and the relationship became the focus of the film rather than the adoption process. 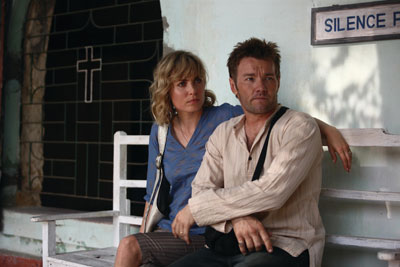 How did you personal experiences play a role in the film, The Waiting City?

Claire McCarthy: The film is an amalgam of many formative experiences in my life. Beginning with working in the slums of Kolkata with Mother Teresa's nuns with my amazing sister Helena and at a turning point shooting a music video on the sweltering banks of the Ganges with my husband-to-be Denson Baker ACS as a test run for the real film, THE WAITING CITY in many ways is an expression of many of my loves; of people, music, food, culture and importantly, of the city of Kolkata.


Explain the title of the movie; is it inspired by the waiting involved in adoption?

Claire McCarthy: The title for me is a meditation on patience, projection, surrender and the experience of being a fish out of water in a place with its own rules and unique rhythm. It has been inspired by the protracted period of waiting for a child as much as it has been about the unique city of Kolkata.


Can you explain the process in creating a character like Ben?

Claire McCarthy: Research, observation, personal experience, hashing it out in script form, speaking it out loud, rewriting lots and once Joel Edgerton was attached also refining the character further and sculpting the nuance of the performance together so it felt authentic and believable.


Can you explain Ben's character?

Claire McCarthy: Ben is a struggling artist really. He was a musician in a former life, and when we find him in the story he'ssomewhat broken as a man. He has experienced success as a musician, and he has reinvented himself as amusic producer, so he's grappling with ways to be able to express himself in a different way, as an older manwho's now not successful as a musician. He's a man that has so much potential, but often won't allow himself tofulfill that. 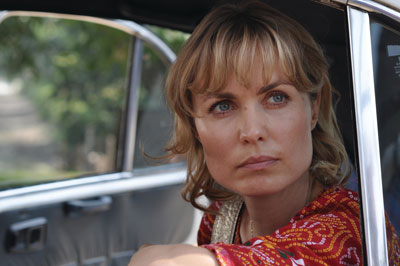 So he's very talented but he's suffering from a bit of writer's block, artistic block. When he comes to Calcutta,he's exposed to a lot of new expressions, new ideas, and starts to have a change of heart about the way he seeslife. He also suffers from depression, so that's a little thread throughout the story as well, about how he dealswith depression, and how Fiona relates to him with that as well.


Did you have any actors in mind to play the characters in the film, whilst you wrote the script?

Claire McCarthy: Yes, I like to think of actors whilst I write and often fantasize about them playing the roles I have written for them. In this case I got lucky and attached my dream cast!


How did you know Joel Edgerton was the actor to play the character of Ben?

Claire McCarthy: Joel is a man who has been gifted with way too many talents! I knew he was right for this role when I discovered that along with all his other talents, he could also play the guitar and sing! 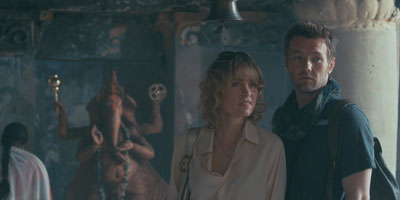 Why did you choose Radha Mitchell to play Fiona's character?

Claire McCarthy: From the first day I met Radha I knew instinctively that we would have a lot of fun working together and that she would have a collaborative and insightful approach to her role. Radha has such a broad range as an actress and what she brings in addition to her incredible bravery and immediacy as an actor is also an insiders viewpoint on India having spent considerable time there since her early childhood. I knew that Radha would be able to embody the struggles and flaws of her character but also access the vulnerability and empathy her character eventually finds on her journey in India and to motherhood.


Was it difficult working and filming in India?


What do you hope this film will inspire audiences to understand?

Claire McCarthy: Although the film explores a great many challenging issues, it is my intention for there to be a great deal of hope and optimism in the film and I really hope the audience to take this away with them. Most importantly what I'm trying to do with The Waiting City is to present something that is entertaining, that's uplifting to an audience, that raises questions, hopefully moves people, is emotional, and is ultimately a love story. The film is fundamentally an entertainment piece that will hopefully inspire people and provoke them to think about things that may be relevant to their lives.

Synopsis: Directed by Australian rising talent Claire McCarthy, The Waiting City tells the story of an outwardly happy Australian couple who journey to India to collect their adopted baby. When they arrive in Calcutta they discover that the adoption arrangements have still to be finalised. Soon the intoxicating mystic power of the city pulls them in separate and unexpected directions and the vulnerability of their marriage begins to reveal itself. The first Australian feature film to be shot entirely in India, The Waiting City is an intimate, complex love story of transformation, set against the exhilarating epic backdrop of Calcutta.