Founded after one too many hangovers by Chris Raine in 2009, online not-for-profit organisation Hello Sunday Morning has seen more than 10,000 Australians sign up to go three months or more without alcohol – a move researchers say signals a change in the way Australians tackle social problems.

A self-described social movement, Hello Sunday Morning encourages Aussies to consider a three or 12 month break from the booze and blog about their experience to challenge drinking culture.

University of Queensland lecturer Dr Nicholas Carah said independent research showed the site attracted a greater number of younger and heavier drinkers than other treatment programs, including traditional in-patient rehab, with 63 per cent of Hello Sunday Morning bloggers under 40 years old and 29 per cent aged under 30.

According to the World Health Organisation's Alcohol Use Disorders Identification Test (AUDIT), more than 90 per cent of Hello Sunday Mind bloggers use alcohol dangerously and 52 per cent are dependent on alcohol.

AUDIT also found that after completing the program, participants reduce their risk of alcohol related harm by 40 per cent and have greater control over their drinking, becoming borderline low-risk drinkers.

'What these stats show is a shift in how Australians are tackling major social issues – instead of hiding alcoholism away, they're creating online communities that encourage and support healthier lifestyles," Dr Carah said.

'This is removing the stigma around alcohol abuse and making it more socially acceptable to say no to a drink for a few months in the interest of good health, saving money and achieving goals.

'Given the impact of alcohol abuse and the ripple effect of people abstaining – research shows one person can influence 10 friends – online communities like Hello Sunday Morning could reshape our drinking culture."

National studies show each week more than 3.3 million Australians drink more than what is recommended, with alcohol abuse costing Australia $15 billion each year.

Hello Sunday Morning general manager Jamie Moore is urging drinkers to re-examine their relationship with booze this Australia Day to help redefine the nation's drinking culture. He hopes to inspire more Australians to sign up to understake a HSM in 2014.

'Alcohol should be consciously examined every now and then. This Australia Day we're calling on Aussies to think about when they drink and consider taking a holiday from the booze sometime this year," Mr Moore said.

'On a three month alcohol holiday, average HSMers generally save $1200 and lose five to 15 kilos. And for every person who does an HSM, they influence 10 friends in their circle.

'Hello Sunday Morning is ultimately about changing a culture, transforming the belief systems we've been handed from older generations. It's also about changing yourself and discovering who you are without alcohol. Not forever, but for long enough that you might learn something new.

'Every drink we consciously don't have is helping shape a healthier Australia where we enjoy our Sundays, instead of spending them hungover and stuffed with regret." 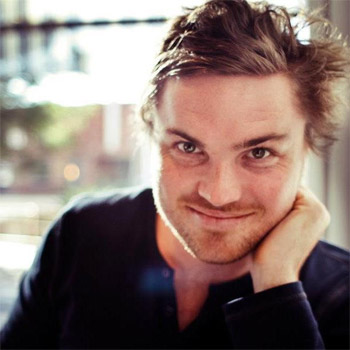 Question: What is Hello Sunday Morning?

Chris Raine: Hello Sunday Morning represents a really simple idea. The idea is that you don't need alcohol to be confident, to have fun or to be yourself. We think alcohol is something you should enjoy not something that you need. HSM is an online community of thousands who all have one goal in mind, to change the relationship they have with alcohol. By taking a short amount of time off from drinking, individuals can change the role alcohol plays in their lives. Yes, most go back to drinking but they go back in a whole new light. They appreciate alcohol for what it is rather than what they thought it gave them.


Question: What inspired you to start Hello Sunday Morning?

Chris Raine: It all started in 2009 when I was 22 and decided to take a year off drinking to see what life was like without the hangovers. The name of the weekly blog I kept was called -Hello Sunday Morning' - it was a candid reflection of my life as a non-drinker for the year. Since then, it has become something much, much larger - but the essence is the same. It is simply about individuals who want to change the way they drink and, perhaps, change the culture around them.


Question: How do you hope Hello Sunday Morning will reshape Australia's drinking culture?

Chris Raine: Our goal is to have 100,000 people signed up to hellosundaymorning.org by 2015. We see that by changing the role alcohol plays in the lives of 100,000 people we will start to see a change in the perception future generations have around alcohol. We will change the drinking culture.


Question: Why should we re-examine our relationship with alcohol?

Chris Raine: Many of us grow up in a culture that's embedded with drinking. It's at the dinner table, at our births, our deaths and everywhere in between. We're not saying that is a bad thing it's just how things have developed over the last couple of centuries. We believe confidence doesn't have to cost 10 schooners and that getting drunk at every possibility isn't going to get us where we want to be in life.


Question: How does Hello Sunday Morning help those who want to give up drinking?

Chris Raine: Hellosundaymorning.org is a social media platform held together by thousands of people worldwide. It's like a fight club, this obscure group of people you'd never know who they are: they're out there. You can guarantee that any hurdle you come across during your HSM (a break from alcohol) there is at least 10 other people who have experienced the same thing and have got through to the other side who can offer advice. To have that vehicle, to realise you're not alone but there's people out there going through the same thing, I think it binds humanity in a really amazing way.


Question: How long do you suggest Aussies consider giving up alcohol for?

Chris Raine: Our goal is for everyone to take three months off. Yes, that can seem daunting but there is method behind our madness. We have found three months is the minimum amount of time needed to changed the fundamentals in our brain i.e. the relationship we have with alcohol. The old wives tale that 28 days is sufficient amount of time to change a habit is exactly that, an old wives tale. When you remove the crutch that is alcohol, you've got to learn to walk!


Question: What benefits did you find from giving up alcohol and have others found the same?

Chris Raine: The two biggest things were that;
1) I learned to be more confident in myself, to be able to take social risks without feeling as though I needed to be drunk to do them
2) It really qualified the people around me - you really get to learn who your best friends are.


Question: What advice do you have for those participating in Fab Fast?

Chris Raine: Go for it! It really depends on what an individual is hoping to get out of Feb Fast. If they're aim is to change the way they drink alcohol then 1 month just isn't enough. Sign up to HSM, take three months off. Treat it like an experiment. Focus on achieving one or two big goals. Introduce yourself to as many people as you can. Dance.


Question: How can Aussies sign up to ditch the booze?

Chris Raine: It's super easy. Head on over to hellosundaymorning.org and sign up. It's free!


Question: How long has it been since you last had alcohol?

Chris Raine: I drink now. But considerably less. I also take off three months every year, at different times. I'm half way through a HSM right now and really enjoying the 100% of clarity that comes with it. It's amazing how easier it gets each year.