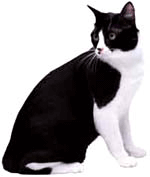 Realistic Measures
It doesn't matter if you're not an active vegetarian, or 'out there' in a dingy with Greenpeace, taking on an oil tanker! Remember it doesn't have to be 'all or nothing', and that's why Paw Prints is going to bring to you, compelling articles with real statistics, along with ways we can all improve the future for our fury friends. Making an animal safer could be as simple making an informed choice when you are shopping. After all how can you help? If you don't know where to start!

Inspiration
A difference can be made without disruption to lifestyle! It's power in numbers. Take for example the glamorous fur trade in the 1950's. It seemed literally unstoppable. Who was going to take a on such an issue, a 'few animal lovers', come on! Yes, its true their cries fell on deaf ears initially, but with fierce perseverance from a growing number of animal lovers and the education of society, to care for furry creatures, fur has gone from being the height of Fashion, to simply 'bad taste'. Sure the industry tries to bring it back, but the demand just isn't there.

Making a difference
That's the power of human compassion, so when you feel like it's hopeless, don't'. Whether you show your support by becoming a member at your states Animal liberation organization, email suggested parties (local/international politicians) or sign petitions to air your feelings of sadness or disgust. Just remaining updated on support events, to create awareness by conversation, actively showing your support by being another number at rallies, having an article published on these matters, even attending entertaining fundraisers. All these contributions can, and do, make a difference, every year, for animals who, are suffering at the hands of the 'not so compassionate human'.

Read on for this month's case study:
On May 19, 1998, Luke Park's playful kitten made the terrible mistake of scratching him.

Mr Park then proceeded to torture his kitten for more than an hour. The torture included putting the kitten in a freezer for 40 minutes, burning his whiskers, throwing steak knives at him, putting him in a washing machine, trying to set fire to him and then throwing a brick at him 4-5 times before the kitten actually died.

The Magistrate on the case, Mr Robert Abood sentenced this terrible man to a mere six months suspended sentence with counselling and a warning that if he breached the bond, he could face jail.

The maximum penalty for animal cruelty like this is a $10,500 fine or a 12-month jail sentence.


Here is what various authorities have said:

GOVERNMENT MINISTER RICHARD AMERY said:
"I am surprised and appalled" at the leniency of sentences handed down for cruelty to animals.

RSPCA said:
"Animal abusers are getting away with murder.... courts refuse to hand down sentences which fit the crime.

ATTORNEY GENERAL THE HON BOB DEBUS said:
Well - absolutely nothing so far. So is he listening?

To let your feelings be Known on the rights of animals - write too:

Or register a verbal complaint with the Attorney General's Office by calling (Australian Freecall) 1800 684 449.

Remember we can all help to make a difference.

FEMAIL.COM.AU is supporting the fight of prevention of cruelty to animals.