Cass Hopetoun Not Your Typical Bride 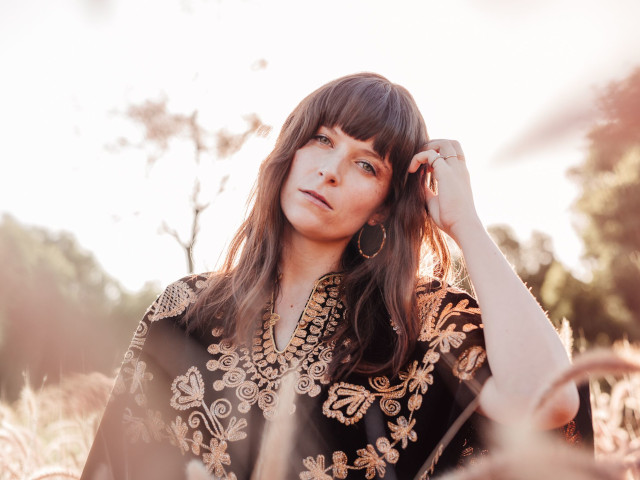 Cass Hopetoun burst onto the Australian country music scene as the tequila touting party girl behind the catchy hit, 'Shots'. Then she let us know she's here to stay with the defiant and provocative follow up, 'Typical Bride' – which flew to the #1 spot on the CountryTown Hot 50 airplay chart and earned the singer/songwriter her first Golden Guitar nomination for New Talent of the Year. Now she's turning heads with the release of her 13-track debut album, Not Your Typical Bride.

But this is not your typical country record. "This album started as a bit of fun as I started my songwriting journey and I aimed to keep it that way. It doesn't try to follow a particular 'mould' or feel - it does what it wants, and man does it get carried away at points," explains Hopetoun. With multi award winning Matt Fell from Love HZ Studio at the helm of production, the eclectic collection remains grounded in Country music, with welcome detours into Americana, Motown, Pop and even Mariachi.

So, if you're thinking this is going to be some bubble-gum, throwaway release, think again. Feel good bops like 'Who Needs Hawaii' and 'Live a Little' offer an easily digestible Country pop sound, yet the messages within the lyrics echo profound observations on modern life and the pursuit of happiness. The former peaked at #6 on the CountryTown Hot 50 airplay chart and was the #1 most played song on CMT Australia in 2021.

Conversely, sassy rants like 'Typical Bride' and 'Fortune Teller' dive deeper into Country music's roots and expose Hopetoun's inner-most thoughts. "I've really tried to create a fresh blend of traditional and contemporary country and have been slowly finding the 'Cass' filter.. It shares many opinions, many rants, much sass, vulnerable moments and a splash of quirkiness - kind of like me." She must be doing something right, as her debut single 'Shots' peaked at #4 on the CountryTown Hot 50 airplay chart, where she has been a mainstay ever since.

The entire collection was co-written by Hopetoun with her fiancé and fellow Country Music artist, Blake Dantier. The album's explosive opening track, 'Bonfire', was also written with Sarah Buckley, whilst the thoughtful and vulnerable, 'Parallel Lines', enlists the pen of Nashville based, Australian ex-pat, Phil Barton. The album is rounded off with the bonus track, 'Say The Word' – a duet between Hopetoun and Andrew Swift, which topped the Kix Hottest 20 and was the radio station's #1 most played track for 2021.

Hopetoun lived another life before her entry into Country music – once a successful music theatre performer. You wouldn't know, by how perfectly her voice melds with the Country genre. Yet she gives us a glimpse of her origins in the theatrical, almost murder ballad, 'Karma (It Aint My Fault)'.

Cass Hopetoun's Not Your Typical Bride bravely walks the line between contemporary and traditional sounds, stretching the boundaries of Country music. With world-class production and a flawless vocal performance, you could easily be mistaken for thinking this was an international release from a seasoned veteran – yet the album's thoughtful subject matter and rebel spirit reminds us that this is something even more special than that. This record stands out as a truly original work; harnessing the appeals of the mainstream whilst still finding its own voice – proving that Cass Hopetoun is anything but typical.