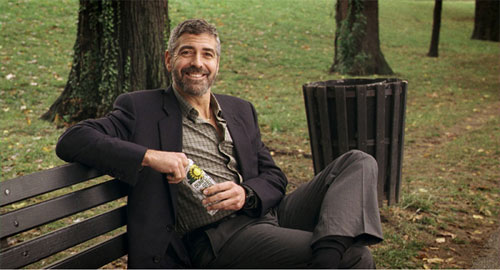 CIA agent Osbourne Cox is writing his memoirs after getting fired from the CIA. The disc containing the memoirs is discovered in the female locker room at the gym, where it was left by mistake by the secretary of Katie Cox's divorce lawyer. Katie had downloaded the information secretly so her divorce lawyer would have ammunition for their case. Assuming that the disc contains vital classified information, gym employee Linda Litzke and her co-worker Chad Feldheimer decide to sell the info to the highest bidder. Feeling the sands of time running through her sagging figure, Linda needs the money for a series of expensive plastic surgeries but her quest for beauty sets in motion an unanticipated string of deadly, comical disasters.

My Verdict:
Set in contemporary Washington D.C., Burn After Reading has an ensemble cast playing a group of middle-aged people who are all seemingly frustrated with various aspects of their lives. Initially with no connections, a series of coincidences, mistaken identities, mishaps and shocking events lead their lives to connect with tragic and comedic results.

CIA analyst Osborne Cox (John Malkovich) surprisingly discovers himself being made redundant with his excessive drinking being one excuse to let him go. He decides writing his memoirs will be his greatest form of revenge but fatefully he loses the disc he made of his account at the Hardbodies Fitness Centre, which is found and read by employees Linda Litzke (Frances McDormand), Chad Feldheimer (Brad Pitt) and Ted Treffon (Richard Jenkins). Chad is an air-headed, fitness twit who enthusiastically decides to blackmail the owner of the disc whilst the internet-dating seeking Linda is desperately looking for funds for cosmetic surgery to her aging body and sees the blackmail as an opportunity to secure the funds. Ted declares his reluctance to participate even though it would mean more time with Linda who is oblivious to his obsession with her. Linda and Chad are met with resistance when contacting Osborne Cox, who is under pressure from his dominating wife Katie (Tilda Swinton) who in turn is having an affair with Harry Pfarrer (George Clooney), a bumbling federal marshall. It is these connections that ultimately decide everyone's fate in this black, farcical satire from the talented writers and directors Joel and Ethan Coen.

All the performances are great, but it would be hard not to give a special mention to Brad Pitt as Chad. With his blonde-streaked hair and casual fitness attire, he is delightfully ditzy, free and relaxed in a role created with him in mind. He just looks so much like he is having a great time, which certainly transfers through to the audience and thankfully he never takes his role to a bimbo level. Frances McDormand gets some great lines as her character searches for a lost youthful appearance, whilst steering Chad in their efforts to blackmail various targets. Tilda Swinton sails through her passive/aggressive role, relishing the fact that her marriage to the inept Osborne may soon be over, with John Malkovich skilfully taking his frequently offensive character to a place unexpected, for him and the audience. George Clooney just needs to turn up to be a winner on screen, like Brad Pitt often does, but he still puts in a worthwhile effort at becoming progressively paranoid as Harry whilst doing some part-time inventions in his basement with amusing results.

Although sometimes (necessarily?) disjointed and uneven, Burn After Reading is typical of some of the Coen brother's fare - black, comical, farcical and always throwing unexpected events at you when you least expect. Anyone who has ever had a mid-life crisis moment will identify with some of the self-absorbed characters that stumble through a series of frustrations and challenges as they search for some excitement and meaning in their lives with this story providing some entertaining results. With a conclusion that is possibly a little undercooked, it is still summarised well by the CIA head honcho, played by J.K. Simmons, "Report back to me when it makes sense". 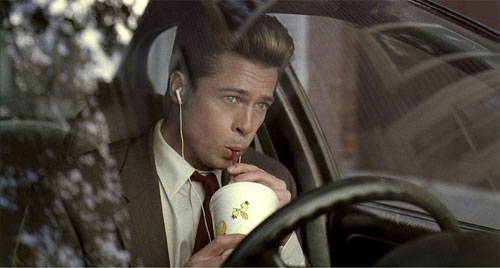