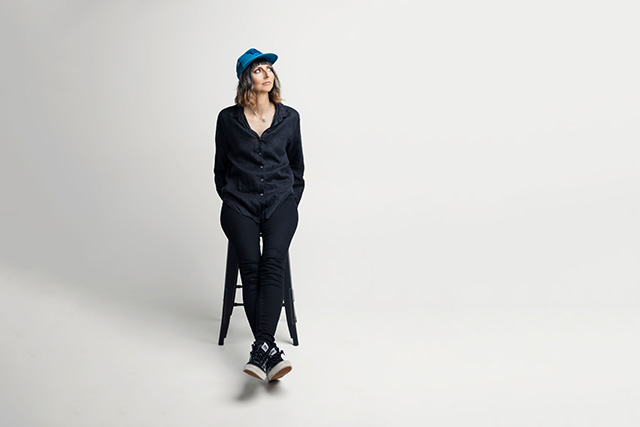 When you hear the name Billie-Jo Porter the words authentic, fun and unique all resonate with this Country music star on the rise. She's already had a whirlwind start to 2022 as a top ten grand finalist in the Toyota Star Maker Competition, and today she releases her contagious new single, 'More Than Friends'.

During the track's first seconds Porter's vocal erupts out of the speakers, saturated in a vintage-sounding delay – setting the stage for a 3-minute bop, reminiscent of 90s Sheryl Crow. The intimacy in her dulcet tones echoes her personal connection with the song's unquestionably relatable subject matter. "More Than Friends was born out of that 'Friend Zone' space.  Where two people are hanging out, one likes the other - then where does that lead?" muses Porter. "The idea for this song was pretty much taken from my life.  I'd moved to Canada, met Kyle (my now partner) and we were hanging out as friends.  It was kind of awkward as we both seemed to like each other but were not game enough to lay our cards on the table and admit it."

Billie-Jo Porter is no stranger to the time-honoured tradition of co-writing, having written the chart-topping hit 'Head Full of Honey' (recorded by Andrew Swift) alongside Swift himself. When it came to penning 'More Than Friends' she called on wordsmith, Gretta Ziller. "[We] co-wrote 'More Than Friends' over a video call." From the union of these two powerhouse females, they were bound to yield this ballsy and confident tune. "It's from the perspective of a woman who knows what she wants and doesn't have time for any more games".

The Coffs Harbour local's rising success captured the attention of multiple award-winning Shane Nicholson, who waved his producer wand over the new single. "Recording this track with Shane Nicolson was awesome! He created this upbeat track with driving guitars that makes you want to move the whole way through."  Nicholson's gritty production certainly does the song justice, with a delightful kaleidoscope of guitar tones surrounding Porter's soulful voice.

If the song's sonic landscape didn't quite transcend you to another plane of human existence, then the video clip sure will. "I love kaleidoscopes, shiny things, lazerbeams and watching old movies with retro discos.  We basically put all those things in a blender and this is what came out!" exclaims Porter. Working with local filmmaker Daniel McDonald of Fifty Film and her partner Kyle (who she once again "convinced" to appear in the clip), the team has crafted a shimmering and vibrant dream; a visual rollercoaster akin to a hazy 90s acid trip.

Success has come quickly and deservedly to this new talent, with her previous two singles 'Feels Like Us' and 'Eyes Wide Open' both flying into the CountryTown Hot 50 airplay charts (#15 and #42, respectively). The former also debuted at #1 on the AMRAP Regional Airplay Chart, while both reached the #2 spot on Tamworth's own 2TM chart. Her illustrious co-write with Andrew Swift was #2 on the Kix Hottest 20 and #7 on the CountryTown Hot 50 airplay charts. With these accolades it's no surprise she was also named a semi-finalist of the International songwriting Competition and a finalist in the Tamworth Songwriter's Association's New Songwriter of the Year and Alt Country categories in 2021.

With a vibrant show as engaging as her music , Porter is keen to hit the road now that live music is well and truly back. Having cut her teeth supporting the likes of Thirsty Merc, Catherine Britt and Hussy Hicks she's no amateur. Her appearance at Port Macquarie's Boots and Beach Festival is not one to be missed, but just in case, she's also got a full schedule of shows across NSW in the coming months.

Billie-Jo Porter comes exactly as advertised. No fake persona, no pretentious lyrics – just pure, unfiltered authenticity. In true coastal fashion she still finds time to hit the surf and practice yoga between writing her high-spirited love songs. With the latest, 'More Than Friends', she's reminded us that, unlike the ocean wave that builds before disappearing into the sand, she's here to stay – a most welcome fixture in the Australian Country music landscape.