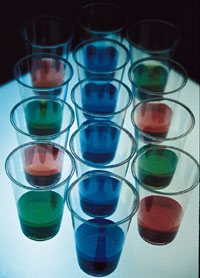 'Nature thought of it first...'
What makes up 60% of our body weight, works as a moisturiser to improve the skin's appearance, helps eliminate toxins, and contributes to the prevention of tooth decay?