American Aquarium All I Needed 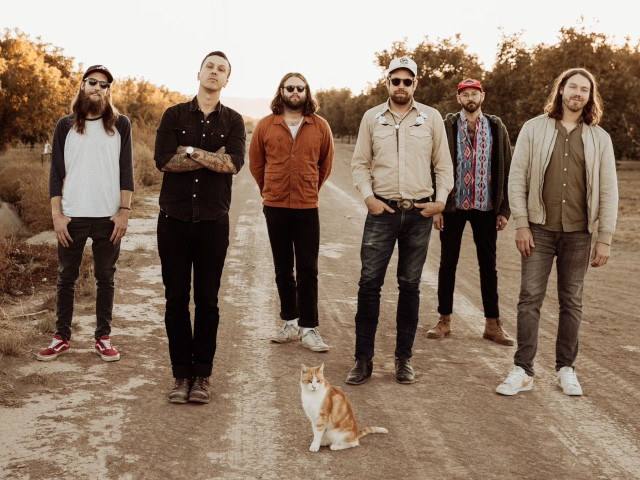 American Aquarium have announced their new studio album Chicamacomico is coming out June 10 via Thirty Tigers – a heart-wrenching reflection on loss that finds frontman BJ Barham scaling new expressive heights, resulting in the band's most elemental and emotionally resonant work to date. Named after a former life-saving station built in 1874 on the Outer Banks of the band's native North Carolina, and produced by Brad Cook (Bon Iver, Nathaniel Rateliff, Hurray for the Riff Raff) at Sonic Ranch, the ten songs on Chicamacomico are shot through with a sense of loss: of life (Barham recently lost his mother and grandmother), of a child, a spouse, or one's way in the world.

In the end, Chicamacomico arrives at salvation in the form of "All I Needed," the album's final track and galvanizing first single. Driven by an undeniable beat, warm pedal steel, soaring melody, and Barhman's lived-in lyrics, the track revels in the power of music as the ultimate salve.

On the making of Chicamacomico Barham says: "In my sixteen-year career, I have never been prouder of a set of songs, lyrically or stylistically. They have weight, but they aren't weighed down. It's a sad record, that makes you feel good. It's a culmination of nearly two decades of work. Chicamacomico sounds like nothing we've ever done yet it sits comfortably amongst the rest of our catalog."

Earlier this month, American Aquarium announced a US coast-to-coast tour, including dates in Brooklyn, Los Angeles, and their first-ever headlining show at Nashville's Ryman Auditorium set for the week after Chicamacomico is released. For full tour routing, please visit HERE.

Chicamacomico follow's American Aquarium's 2020 release Lamentations, which debuted at #1 on Billboard's Heatseekers Chart, and earned the band their best reviews to date. No Depression called the album "an unforgettable masterpiece," Glide tipped it as the band's "most brilliant work to date," and NPR hailed its "left of center analysis that strives for maximum empathy." Americana Highways said simply: "meet your favorite album of 2020."

Chicamacomico will be released on cd, vinyl, and all digital platforms.