UK artist Alex Lleo has been creating lush, soulful melodic music since childhood, touring and performing as a teen throughout the UK and Europe at the turn of the decade, then breaking onto the scene with two back-to-back releases in 2018. Three-track EPs Park Studios, JQ and Emanate each caught the attention of fans and industry alike with their raw honesty and contagious mellow vibes, garnering Alex Lleo an international, dedicated fan base. Now the rising artist is thrilled to reveal his first new material in two years, with his stunning new single '4:05' out Friday 10 July via AWAL.

Grounded in acceptance and undulating with reciprocal gratitude for both himself and others, Lleo recalls a moment of introspective clarity on '4:05'. Wrapped up in exquisite vocals, a soft tinkering of keys and warm guitar melodies that stick with you long after the final strum, '4:05' is an emotive number as familiar as a home, yet fresh like a long-awaited summer holiday. Recorded in New York City with Alex Lleo's full six-piece band and produced by Sahil Ansari, '4:05' is a stunning display of Lleo's uncanny ability to somehow stop you in your tracks and propel you forward in the same breath.

"'4:05' seemed a unanimous choice to start us off. I think everyone just instinctively knew how this one needed to be, 'cruisey'. It also felt pretty fitting from a personal point for me. The idea for this one came during a moment of weird uncertainty about not only my music, but some relationships that had suffered thanks to some poor decision making. This idea of 'go out for yourself for once' was set as a sort of reminder to anyone that often puts others before themselves, to take time out and recharge. It was my attempt at trying to acknowledge and thank those people in my life, whilst simultaneously prompting the value of independence for everyone!" - Alex Lleo

Growing up in the small town of Lickey Hills in Worcestershire, England, Alex Lleo has always found inspiration in nature, constantly referencing it in his work and seeking it out in his travels, touring extensively throughout the UK, Europe, and most recently the U.S which lead to recording a bulk of new material in New York. Cutting his teeth with a formative residency in the alps of Norway, Alex Lleo's seasoned musicianship has since seen him support the likes of Leif Vollebekk and Matt Corby, plus headline his own shows in Scotland, and back home at London's famous St Pancras Old Church.

Alex Lleo : In a word? I guess 'Cruisy' haha. I'm kind of a mellow guy, and I think the music sits in that kind of reflective place.

Alex Lleo : The idea for this one came during a moment of weird uncertainty about not only my music, but some relationships that had suffered through some poor decision making. This idea of 'go out for yourself for once' was set as a sort of reminder to anyone that often puts others before themselves, to take time out and recharge. Written from the perspective of someone who has often shown some pretty codependant traits, it was my attempt at trying to acknowledge and thank those people in my life, whilst simultaneously prompting the value of independence for everyone!

Alex Lleo : I've always found the best thing about music is people's interpretation of a song. Everyone is going through their own journey, and they'll always assign certain moments to songs and add their own meaning, so if my song makes it into someone's passing moment, I'll be happy!

Alex Lleo : Haha, probably high school. They held a kind of 'battle of the bands' and that's where me and a bunch of mates first had the taste for the stage!

Alex Lleo : I love them both for different reasons. There's something about a live moment, the fact that each night is slightly different and the people that share that with you are part of a snapshot in time, I've always thought that was the cool part with live shows. As for the studio, that's always a beautiful place. A place where you can really get creative and agonise over the details! Very different environments, but both so important! :) 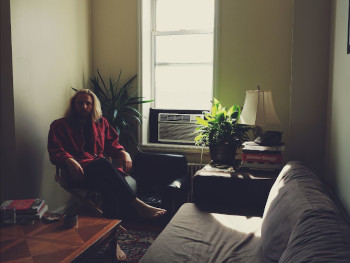 Alex Lleo : Life! Haha, as generic as that sounds. I think I've always been quite observant to people and the things that have gone on around me growing up. Experiences both good and bad, they all feed back into the pot of inspiration I suppose.

Alex Lleo : Maybe Andy Shauf, I just think the way he constructs his soundscapes are just so interesting!

Alex Lleo : Haha, quite often! I mean just before I made my way out to the states to make this record, I was feeling pretty lost musically. But luckily that whole experience reignited the drive to keep making music, so there's no going back really!

Alex Lleo : I think this NY trip for sure. There was so much riding on it, having put most of my life savings into making it a reality, and not having met everyone until we were actually due to track the songs, was crazy exciting but a little apprehensive! I think the gamble more than paid off though. :)

Alex Lleo : The travel and meeting so many new friends!

Alex Lleo : I guess it varies quite a lot depending on what's going on. Writing session, rehearsals and endless emails. Haha. Right now though, I'm just on my way to rehearsals for a friend, George Glew, you should check him out! Serious pipes!

Alex Lleo : I guess continue with releasing the rest of these songs I made in New York and keep our fingers crossed for some GIGS!