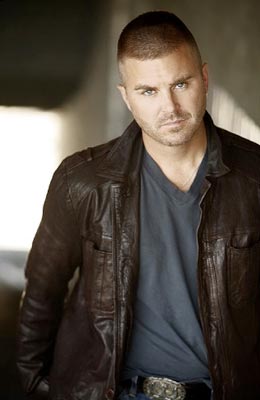 Aaron Mcpherson has trained under Larry Moss, Jeffrey Tambor, Patsy Rodenberg, and American Conservatory of Theatre and received a Masters degree in Acting from the California Institute of the Arts. His experience as a teacher at Cal Arts, combined with his work as a private coach in LA, let him to open his own acting studio in 2005.

Along with coaching and directing, McPherson continues to act in film, television and theatre. Some of McPherson's television credits include: 24, Numb3rs, Criminal Minds, E.R, Pretty Handsome and Burn Notice.

Partial theatre credits include: Death of a Salesman, Fool for Love, Speaking in Tongues, Two Rooms, Tartuffle, As You Like It, The Kentucky Cycle, Troilus and Cresside and Lobby Hero. Aaron is also profiled in the Larry Moss Book, The Intent to Live.

In addition to teaching, he has developed and directed theater productions such as The Metropolitan Operas by Joe Pintaro and Elisa Donovan's Sweet Dreams, which premiered at the Geffen Theater. 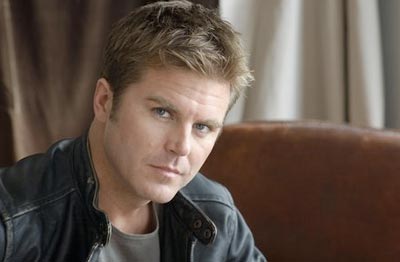 Question: How does it feel to see yourself on screen?

Aaron McPherson: Sometimes it's hard to watch yourself on screen it can be very surreal, but of course we are our own worse critic.


Question: Did you have any pre-conceived ideas about the acting industry?

Aaron McPherson: Oh sure; I thought it was fair and honest. Ha!
I thought it would be much more straight forward. I didn't think there would be so much nepotism but I guess that is good news for our kids. Right?

Aaron McPherson: Working on different projects right now, in the meantime you can catch me as detective Cade Hamilton on Death By Engagement. I also just wrapped a movie called Grey Skies.

Aaron McPherson: No, it's my life's work. I made a decision with myself a few years ago that I would never look back.


Question: Do you prefer acting or coaching?

Aaron McPherson: Acting and coaching both feed me but in different ways. You need to be sensitive and perceptive to do both. Either way, I get to meet and work with amazing and interesting personalities; famous and soon to be famous.


Question: What do you enjoy most about acting?


Question: Do you have a preference: television, movies or stage?

Aaron McPherson: I love them all for what they are.
Theatre is more immediate and intimate. Film and TV live forever.


Question: If you could act beside any actor or actress who would you choose?


Question: What/who was your inspiration to go into the acting industry?

Aaron McPherson: I have a lot of energy and felt I had a lot to express. My father died when I was a little boy and there a lot that I wanted to say but I kept it bottled up. Acting allows me to express all that I felt and still feel.


Question: What is the biggest challenge you have faced along the way to your acting success?

Aaron McPherson: Staying positive. If it's something you are thinking of going into, here's my advice; Don't ever let them get you down!

Aaron McPherson: Wow. There is no typical day. Auditioning, coaching, driving all over Los Angeles, entertaining our kids and of course romancing my wife.


Question: What has been your favorite part of becoming an actor and coach?

Aaron McPherson: Acting: The adventure, the excitement. Getting to explore a character that is different from myself. Oh, and all the swag! Working with great material.
Coaching: The satisfaction of helping them get the part. Meeting new people.


Question: Can you tell us five things required for a happy healthy & enjoyable life?

Aaron McPherson: Humor
Flirting
Friends
Hobbies that you are passionate about, ie; Baseball. Snowboarding. Cycling. Surfing
For me my babies.

Full Name: Aaron Earl McPherson
Nickname(s): Mac or my wife calls me sugar shorts
Star Sign: Cancer. Don't touch my belly I'm a crab!
Music Talent: I can dance like nobodies business. Does that count?
Favorite Food: I'm from the sf bay area so I love cracked crab and sour dough bread
Favorite Film: That is such a tough question. I have favorites from different times in my life. I loved Starwars when it came out. Breaking away. Kramer vs. Kramer. Fried green tomatoes. Apocolypse now.
Favorite Actor: Brando. I fell in love with my wife working on A Streetcar Name Desire.
Pet: German shepherd, golden retriever and our Australian bearded dragon, spiky!
Best Feature: Ok. I had to ask my wife; She says, my blue eyes and long dark lashes. Ugh!
Worst Feature: Ok. I won't ask her that one.
I can't fake it. If I don't like someone they probably know it.
Person You Would Most Like to Meet: President Obama
Hobbies/Interests: Baseball, Snowboarding, Surfing, Fishing, Scuba diving, Cycling, Skeet shooting, Tennis, Motorcycle riding, Running, Backpacking and anything with a ball or water; I sound like a Golden Retriever
First Job: Mowing lawns for $5 a lawn. I saved up for a trip to Hawaii. My mother said we could go if I paid for my ticket.
Are you a Pub, Bar or Club kind: Definitely Pub
What Can You Never Leave Home Without: My wife, pocket knife and iPhone.
What is the first thing you think of when you wake up in the morning: Is my family safe.