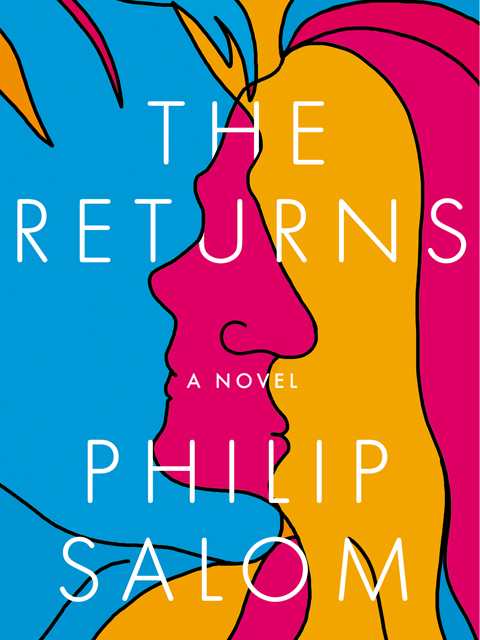 Elizabeth posts a 'room for rent' notice in Trevor's bookshop and is caught off-guard when Trevor answers the advertisement himself. She expected a young student not a middle-aged bookseller whose marriage has fallen apart. But Trevor is attracted to Elizabeth's house because of the empty shed in her backyard, the perfect space for him to revive the artistic career he abandoned years earlier. The face-blind, EH Holden-driving Elizabeth is a solitary and feisty book editor, and she accepts him, on probation ...

Miles Franklin finalist Philip Salom has a gift for depicting the inner states of his characters with empathy and insight. In this poignant yet upbeat novel the past keeps returning in the most unexpected ways. Elizabeth is at the beck and call of her ageing mother, and the associated memories of her childhood in a Rajneesh community. Trevor's Polish father disappeared when Trevor was fifteen, and his mother died not knowing whether he was dead or alive. The authorities have declared him dead, but is he?

The Returns is a story about the eccentricities, failings and small triumphs that humans are capable of, a novel that pokes fun at literary and artistic pretensions, while celebrating the expansiveness of art, kindness and friendship.

Question: What inspired the story of The Returns?

Philip Salom: The inspiration? Everyone who has ever pushed themselves to achieve more. It's a novel of character more than story – of two aspirational people, though not the kind politicians waffle on about. Quite the reverse. One is a book editor, the other ... someone trying to recover their lost artist. It's about making and finding, it has nothing to do with money, or social achievement, or class, just a daily facing up to words and images and paint and what the novel calls 'the white drug of otherness'. Where one is more. This fascinates me, and I share it, that 'drug' and their story.


Question: What was the best part about creating the characters of Elizabeth and Trevor?

Philip Salom: To begin with the first few words, then sentences, then feel Elizabeth and Trevor, separately at first and then together, growing in front of me. They talk and think and do unexpected things, they banter and argue and agree, and they grow, especially through their dialogue. Elizabeth and her mother were also an absolute delight. Elizabeth is a no-nonsense person who nevertheless fools herself about aspects of her personality and her mother considers herself enlightened but she is a grump, is selfish and fools herself about everything. But she's funny. It's the classic difference. Trevor and Elizabeth make the novel one that is deeply concerned with friendship, something undervalued in fiction.

Philip Salom: Only one of the minor characters has been drawn from my past - then exaggerated for comic effect. My characters are usually formed from the bodies of people I have seen in public often enough to begin projecting imagined lives into them. It's almost parasitical! I get attracted to their physicality first. Then the words do the rest. This is often more suggestive for a writer than to imitate known people.

Philip Salom: It's mainly based on observation. Our minds store incredibly unexpected caches of information. Our every-night narrative and imagery of dreams is proof we are remembering and then being creative with these observations, even when unconscious. When we have a medium such as written language this emerges in conscious form. Odd shifts and cross-overs happen too. For instance, Elizabeth's mother I called Mrs Sermon, my ironic take on her empty claim of being a person of religious insight. Then I remembered a young man called Sermon who died driving home on gravel roads while drunk. A car crash. This gave me the explanation for Trevor's leg injury. Suggestions and shifts like this happen repeatedly in novel writing.

Philip Salom: A new novel. I have long been haunted by a double phenomenon: of people going missing, just disappearing, dropping out of contact; and, in a kind of inverse state, of people being found, alive but without memory of identity, or dead, without evidence of identity. Missing Persons may eventually be declared Dead. But in The Returns there is one such 'Dead' character who ... returns. In my new novel I cover both cases, a woman's sister has disappeared and she begins full of hope in working to locate her. Another character is obsessed with found people - the unknown dead, and the live enigmas of people in amnesic or fugue states.