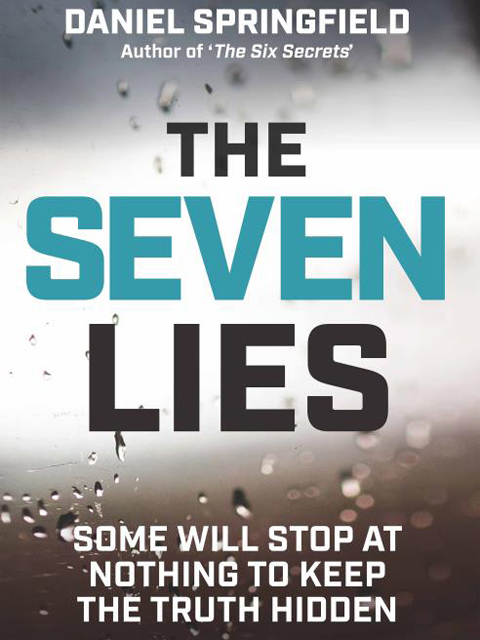 Some will stop at nothing to keep the truth hidden

'The Seven Lies' is an exhilarating ground-breaking novel by Australian author and researcher Daniel Springfield, author of 'The Six Secrets'.

Springfield brings into question the facts surrounding seven tragic events over the past six decades. From the mysterious death of Marilyn Monroe, the subsequent assassination of JFK, and the tragic events of 911, when the world watched the collapse of the World Trade Towers, Springfield weaves a narrative of intrigue and suspense. Taking the reader on a journey of possibilities that may or may not have a depth of truth in our recent history, leaving many questions unanswered.

'The Seven Lies' follows research and writing team, American journalist CJ Stroheim and his Australian lawyer wife Emma in their quest to uncover 'The Seven Lies'; the real facts leading to some of the most shocking events in modern US history - events linked - the truth ultimately covered-up. They set out to expose the truth behind the most astonishing events in modern US history.

CJ's father, Dr. Max Stroheim, spent three secretive decades with the National Security Agency. Unlocking codes and puzzles left by his late father, CJ and Emma discover shocking secrets. With new evidence, liaising with experts, and investigating numerous suspicious deaths of witnesses and whistle-blowers, the Stroheims embark on an international pursuit to uncover the truth. But danger lurks. There are those who will stop at nothing to keep the truth hidden.

Against a backdrop of modern US historical events the Seven Lies ventures deep into the murky world of deception, corruption, and greed.

Whilst Daniel Springfield has chosen to keep his personal information confidential, he encourages readers to ask questions and take a closer look at the book's provocative subject matter.

Even though The Seven Lies is a fiction novel, Daniel Springfield spent thousands of hours meticulously researching to be historically accurate. Some characters are based on actual persons, and some are devised, yet the events, projects and organizations which shape the story are real.

Question: What inspired you to write The Seven Lies?

Daniel Springfield: 'The Seven Lies' is classified as a fiction novel, yet I spent many years researching; not specifically to write a book, but out of fascination for the subjects now featured in the script. My challenge was to present the information I'd learned in an entertaining and action-packed format, so I created the lead characters, an American journalist, CJ, and an Australian lawyer, Emma, to investigate and analyze the evidences I'd uncovered. I'm analytical by nature, so having a strong-willed, incredibly intelligent, and logical woman with a degree in law helping a daring, investigative journalist, in my mind, made for the ideal research team… and learning the truth and presenting it rationally is the essence of the book.


Question: Can you tell us about the seven tragic events The Seven Lies questions?

Daniel Springfield: Sure. My book investigates events in modern US history; events where the truth was manipulated and the facts suppressed. Most of your readers would know these events well, although probably not the full story. When a president is assassinated (JFK) or four planes are allegedly hijacked and used as weapons (9/11), then if the specialized investigative bodies who would normally examine these incidences are locked-out of the investigations, then questions need to be asked.


Question: Why the author persona?

Daniel Springfield: I began my research over 20 years ago; before Edward Snowden revealed the details of the National Security Agency's intrusive and exhaustive global monitoring of computers and mobile phones. I'd experienced all sorts of Internet issues… and still do. Some of these 'issues' are written about in the book. In my research, I discovered many whistle-blowers, researchers, and writers who were murdered. I've documented some of these within the book. I'm sure the readers will understand the routes and precautions I've taken. A website has just been setup where some of these 'issues' I write about are further documented (computer hacked page), along with additional photos and information relevant to the script ('The Seven Lies' Info & Pics). Yes, the book is fiction, but the dangers and events I write about are very real.

Daniel Springfield: Researching and writing are my great passions, along with travel. I love sitting on a beautiful beach and typing away; often writing about the destination in the book while I'm there. Another novel will be on shelves next year, with plans for more; each book featuring CJ and Emma's pursuit of the truth, intermixed with exotic locations, nail-biting action scenes, and presenting and analyzing the facts.

John F. Kennedy said, "The great enemy of the truth is very often not the lie, deliberate, contrived and dishonest, but the myth, persistent, persuasive and unrealistic."

We should have access to all the information, so we can make up our own minds to what the truth really is.

Thank you for your time today; obviously I'd like as many people as possible to read 'The Seven Lies', but more importantly, I'd encourage your readers to question some of the news stories presented, particularly coming out of America. Be aware that there are agendas… and where there are agendas, there are reasons why.