The Republic of False Truths 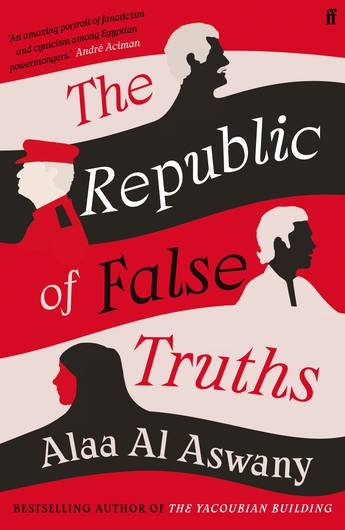 An amazing portrait of fanaticism and cynicism among Egyptian powermongers.' - Andre Aciman

From the bestselling author of The Yacoubian Building.

'Al Aswany is a voice worth hearing from a country of which we know far too little.' - Sunday Times

General Alwany is a pious man who loves his family. He also tortures and kills enemies of the state. Under the regime of Hosni Mubarak, Egypt is gripped by cronyism, religious hypocrisy, and the oppressive military. Now, however, the regime faces its greatest crisis. The idealistic young from different backgrounds - engineers, teachers, medical students, and among them the general's daughter - have come together to challenge the status quo. Euphoria mounts as Mubarak is toppled and love blossoms across class divides, but the general and his friends mount a devastating counter-attack.

With its vivid cast of characters, The Republic of False Truths offers a deeply moving and passionate fictional account of the trauma of the 2011 Egyptian Revolution.

The Republic of False Truths