The Jungle Giants Used To Be In Love Show A Memorable and Electric Show

Review: The Jungle Giants are a four-piece Indie Rock/Pop band made up by Sam Hales (vocals, guitar), Cesira Aitken (lead guitar), Andrew Dooris (bass guitar, backing vocals) and Keelan Bjjker (drums). Since the release of their first album in 2011, the quartet has supported the likes of Last Dinosaurs, Two Door Cinema Club and the Vaccines. Their single 'She's a Riot' placed 83rd on the Triple J Hottest 100 of 2012. Not to mention, they've lit up stages at Splendor in the Grass in 2013, Big Day Out and Groovin' the Moo in 2014. The promising performances of their past put us in good stead for the showcase of their most recent album released in 2017, Quiet Ferocity.

The Melbourne CBD concert venue, 170 Russell, has a jazz club vibe, as you descend down the stairs from the entrance into a low lit glow and polished interior. It was a full house, with eager fans already packing the show room floor from the stage, right back to the bar. The evening kicked off with supporting act Evan Klar followed by Alice Ivy. Alice harmonised electric synths with quirky vocals, to produce a unique and lively sound which anyone would feel it was difficult not to dance along to. It was a well-executed taste of what was to come. 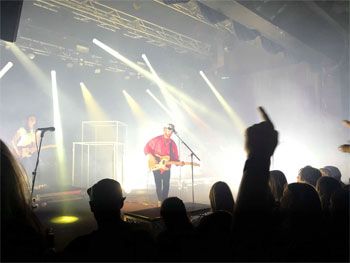 Anticipation was in the air as the lights dimmed and everyone knew the main act was about to begin. The stage was set with three glowing cubes that resembled the Quite Ferocity album cover, but left plenty of room on stage for the rockers to move around during the show. As they entered, the crowd went nuts. The lead vocalist, Sam, humbly thanked the crowd for coming and the show kicked off with their popular hit, 'On Your Way Down'. One song after another, the crowd was wowed with the talent and energy of the artists. Amidst the vibrate atmosphere, the Jungle Giants left the audience buzzing with joy and excitement as they lead the crowd to sing and dance along.

The show comes together as a mind blowing, full audio and visual experience which will take you on a welcomed ride - where for one night, you'll forget all your worries! It was a memorable and electric show, displaying new layers and depth to the band's sound, which could not be heard, or felt, anywhere but their live show.

The Jungle Giants Used To Be In Love

Alongside Kendrick Lamar, Gang Of Youths and Lorde, Brisbane 4-piece The Jungle Giants dominated this year's triple j Hottest 100, with numerous entries from their 2017 release Quiet Ferocity. The only independent act to achieve four placements, the stellar result saw tracks Used To Be Love land #59, Bad Dream #57, On Your Way Down #50 and a Top 20 inclusion with Feel The Way I Do, nabbing #16. In celebration, the band have today announced their Used To Be In Love tour. Tickets on-sale now. 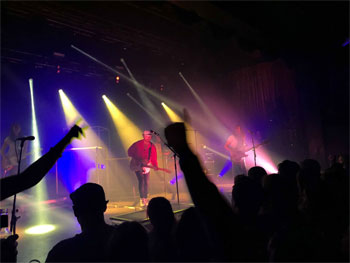 Thrilling crowds with their electric main stage shows at Falls Festival, the tour will mark the band's final national run of the critically acclaimed third album Quiet Ferocity. Beginning April 5th in Geelong, the tour will hit select regional towns and include Under 18/All Ages capital city shows. Rising talents Alice Ivy and Evan Klar will be on support duty.

The Brisbane 4-piece defied expectations with career high third album Quiet Ferocity. Recorded and produced entirely themselves, the album featured hit singles Feel the Way I Do, Bad Dream, Used To Be In Love and On Your Way Down. Racking up well over 50 million Spotify streams, the record topped numerous 2017 Best Of lists and landed #7 on triple j listeners Top 10 Albums of 2017. 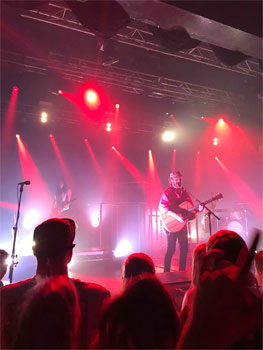