The Butterfly Effect Back After A Decade Interview Off the back of a sold out tour, a towering new single, and killer sets at Good Things festival, Australia's favourite rockers The Butterfly Effect have today served up the video for their first new musical offering in over a decade, Unbroken – giving viewers a AAA pass to life on stage and backstage. Featuring behind the scenes footage and on-stage rampaging from their performances at Good Things Festival in Melbourne, Sydney and Brisbane, the video will allow everyone to relive their festival-going days, and is an in-your-face reminder of just how staggeringly powerful and relevant this band is, and offers a genuine insight in to the comradery within.

True to name, The Butterfly Effect is indeed a force, and they have clearly been missed by a patient and loyal fanbase who were right back there with them the moment it was revealed the band were back together.

"Releasing Unbroken was a pivotal moment in itself for us. We're so happy to have been able to write more music as 'The Butterfly Effect'. To then be added to the Good Things bill really topped off 2019 for us, "lead vocalist Clint Boge says. "To be honest, stepping out onto those festival stages again was a real uncertainty for us. It'd been 10 years between festival performances so to see that many faces, young and old in the audience really solidified to us that pushing forward with new material was an absolute must."

Formed in 1999, The Butterfly Effect have enjoyed an illustrious career racking up some impressive stats, including three massive albums – all certified Gold – multiple appearances at renowned festivals including Livid, Falls Festival, Big Day Out and more, countless national and overseas tours, six consecutive years in triple j's Hottest 100, three features on triple j's Live at the Wireless, and a number one-selling DVD documentary and concert film. Despite sustained successes throughout the 00s, the rigours of band life took their toll on the band – and in 2014 The Butterfly Effect went on indefinite hiatus. After reconnecting at a rock show, the guys decided that a beer and a chat was in order. That catch up eventually led to a sold out national tour, and an ongoing desire to continue making music, which saw The Butterfly Effect jump into the studio, and as a result, the bold new single Unbroken was born. The melancholic track is a refreshingly honest and impassioned offering from the experienced hard rockers, and one that proves their creative connection is stronger than ever.

"We're having a blast!" Boge enthuses, "Obviously we can't all be in the studio together at the moment but writing music online is going to be the new normal for us for the next few months. It's sounding like us, which is exciting! The feeling is reminiscent of when the band first started writing together back in the early 2000s."

And in more thrilling news for fans, the band are hopeful to have some new music to dish out before 2020 is done, with Boge saying, "We're obviously in uncharted territory in terms of when life will get back to normal for everyone, but for now – dropping new music before the end of the year is our plan, and Unbroken sets the tone for what's to come."

Interview with The Butterfly Effect

Question: Great to see you guys are back! What was the motivation to get back together after a decade?

The Butterfly Effect : Thank you! I think we all missed playing the songs together. We toured extensively for over a decade before our break. Playing together live is something you cannot replace in your life so I think it left a void for all of us. To then come back and play shows and have people actually come is mind blowing! 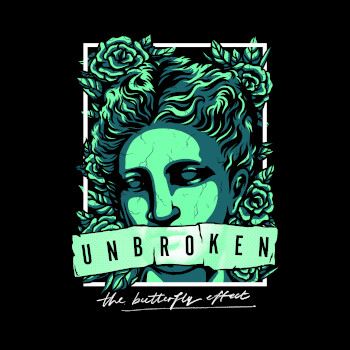 Question: After forming in '99, what do you think has been the key to keeping the genre and music of the Butterfly Effect alive and kicking?

The Butterfly Effect : Great question! I'm not sure any of us know why exactly it worked for this band. We were very persistent and would play in any town big or a small which I think helped build a solid, loyal fanbase. Australia does have a soft spot for heavy rock too!

The Butterfly Effect : The name was derived from the chaos theory. The idea that any small action can have a bigger reaction. A Butterfly flaps its wings in the Indian Ocean and a storm eventuates over the Pacific eventually.... Deep!

The Butterfly Effect : We all met at an audition for North Brisbane's Got Talent... That year wasn't a particularly strong pool and Clint won the best Singer/Dancing format from memory... I knew he was a star from the second I laid eyes on him.


Question: How do you guys keep busy during isolation?

The Butterfly Effect : We've actually managed to get a fair bit of writing done over the last few months which has been great. Very productive time for us as a whole.

The Butterfly Effect : To be honest, I use Spotify so I've really limited the chance of hearing that happen... I will say though that any airplay we can get is fantastic and it gives our music the chance to be heard by new listeners which is every musician's dream I believe.

The Butterfly Effect : Not really. It's a difficult industry to navigate so I'd suggest finding a loyal, hardworking team to back you for the ride.

The Butterfly Effect : Several back in the day. Don't take it too seriously, life goes on.


Question: What is the biggest challenge you guys have faced along the way to your musical success?

The Butterfly Effect : Each other.


Question: What's next, for you guys?

The Butterfly Effect : Showing the world the ripping new song we just wrote!