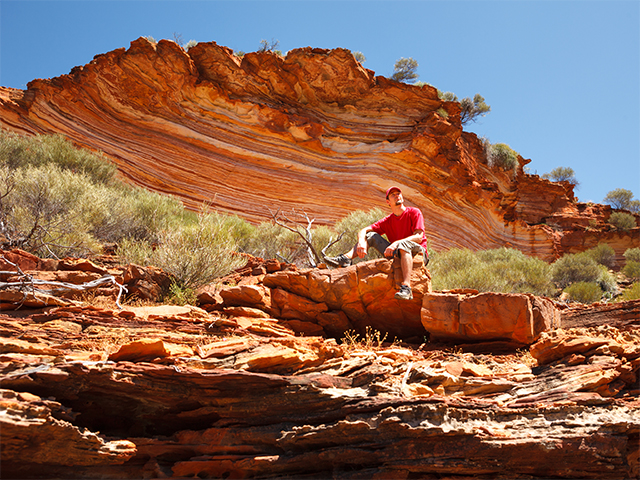 As we head into summer, new Edith Cowan University (ECU) research has revealed the potentially fatal consequences of hiking in hot weather.

Researchers studied the National Coronial Information System and identified 38 deaths from 2001-2018 where exercising in heat was a causal or contributory factor.

They found two groups of people were most at risk: men aged 15-45 and international visitors.

All states and territories recorded at least one death, with Western Australia recording the most with seven fatalities.

"This is the first study of its kind in Australia and the results confirm while such deaths are rare, they occur with enough regularity to warrant renewed attention toward their prevention," she said.

"The 38 fatalities identifiable within the NCIS database is strong justification for a rethink on prevention strategies, particularly given for every exertional heat fatality, there are likely to be several near miss cases."

Of the 38 deaths examined, only two occurred during organised sport. The remaining 36 were during recreational activities, 27 of which were hiking.

Dr Fortington said people were more at risk when the temperature was listed as high, with high humidity.

"We recommend the development of clear and simple messaging aligned with the view that 'hiking on days of extreme heat is strongly discouraged'," she said.

Hiking in remote areas without access to medical assistance and supplies was also risky.

Dr Fortington said many strategies such as carrying enough water and registering trips with local authorities rely on individuals knowing, and doing, the right thing.

"A reasonable proportion of people might not view hiking as a high-risk activity," she said.

"And while international visitors are at-risk, so too are local tourists: almost half of the cases occurred in a state that was not the home residence of the deceased.

"This emphasises the importance of knowing and being suited to the local conditions and emergency services."

Not recognising the signs

The study revealed a lack of awareness of the symptoms of heat-induced illness played a part in fatalities.

Twenty-two of the cases recorded when symptoms first emerged; of these, in nine instances the time between noticing symptoms and death was greater than five hours.

"Exertional heat illness signs and symptoms should be well-known among active people as delays in treatment seeking can be fatal," Dr Fortington said.

"Three quarters of cases in this series died at the location of the incident where they were active. Rapid recognition and calling for emergency assistance as soon as a case is suspected is crucial to survival."

'Exertional heat fatalities in Australian sport and recreation' was published in a special issue on Heat, Health and Performance in the Journal of Science and Medicine in Sport.