Following Sue-Anne Stewart's success with her 2013 Album Gypsy Blood and performances at Falls and Woodford Festival, she has returned, pushing comfort zones with her much anticipated new single "Gloomy Days". Transitioning from acoustic to electric guitar, Stewart showcases her versatile and exciting new sound that she has been developing over the past few years.

Produced in Byron Bay by Jordan Power, (Angus and Julia Son, Ash Grunwald, Kasey Chambers, Dope Lemon) Stewart expresses that "The story behind the song is basically about going through the up's and downs of life with someone you love, and wishing they could see how much you love and believe in them."

Calling Sunshine Coast home, it's here amongst the glistening waves she finds inspiration for her music. Stewart says, moving away from her acoustic roots and solid folk heritage, her recent transition from acoustic to electric guitar has been a smooth one. "I remember coming home and playing "Gloomy Days'"on the electric guitar, and it was like wow, this is 'Rock and Roll'."

Over the past few years Sue-Anne has captivated audiences around the globe, touring and playing shows with Ash Grunwald, Oka, The Beautiful Girls, Bobby Alu and Sandi Thom. With the release of "Gloomy Days", you can expect to see Sue-Anne deliver emotive live performances around Australia.


Question: Can you tell us about Gloomy Days?

Sue-Anne Stewart: Initially, I wrote 'Gloomy Days' on my acoustic guitar however, once I played it on electric guitar it felt like it gained a whole new lease of life. Gloomy Days was basically written about going through the ups and downs of life with someone you love, and watching them struggle, and wishing they could see how much you love and believe in them.

Sue-Anne Stewart: Gloomy Days was inspired by my mum. We went through a lot of things together growing up, and I found myself resenting her a little as a teenager for different reasons. I had to learn to let go of my expectations of what I thought being a mother was supposed to look like, and accepted her for who she was. Then as an adult, I found I had a lot of love and respect for her as a woman and mother. I came to realise she did her best under the circumstances.

Sue-Anne Stewart: I hope listeners feel uplifted and can connect and relate to the song in their own way. 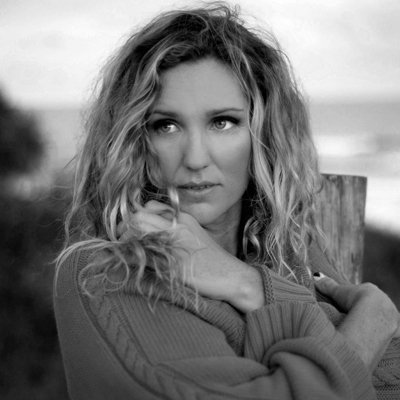 Question: How has your own life influenced your music?

Sue-Anne Stewart: My songs are all inspired mainly by my life and my life experiences, and I feel that my music is very personal for me and that is reflected in my songwriting.

Sue-Anne Stewart: I love both! They are both very different, I love performing live and connecting with an audience. The feeling of performing is like nothing else.

I love recording as well however, I do find it quite challenging.

Sue-Anne Stewart: At the moment Gloomy Days! It's so fun to play live.

Sue-Anne Stewart: When I'm writing I can be motivated by a riff I find on the guitar first, and then some lyrics will come from an emotion I'm feeling, or an experience that I've been through.

I really feel writing helps me so much to process things that are going on in my life.

Sue-Anne Stewart: In the music industry, I've always been inspired by my fellow artists/musicians. In the early days, I was really inspired by The Waifs, John Butler, Missy Higgins, Pete Murray.

There are so many great Australians artists breaking through at the moment on the world stage which is really exciting!

Sue-Anne Stewart: Balancing family life with music life, and the financial struggles of being an independent artist. Keeping the momentum and going once you have things rolling. Not being too hard on myself.

Sue-Anne Stewart: Mostly I do school drop off and check the surf if there are waves I go for a surf if there no waves I try to go to the gym or a yoga class to get some exercise.
Have a good late breakfast/lunch, then I try to dedicate some time in studio practicing/ playing or writing.
Then I'll spend some time on the computer doing admin emails etc.

Sue-Anne Stewart: I feel that being an artist and having the ability to write songs and share them is a gift.
My favourite part is writing songs that people can connect/relate to, and being able to play live shows and travel the world doing it! I get to do what I LOVE!

Sue-Anne Stewart: Well now with the circumstances the next step is working on new material and working on my online presence and keep connecting with my fans.

Once we come out on the other side of this crazy time I hope to be touring and playing live shows again!