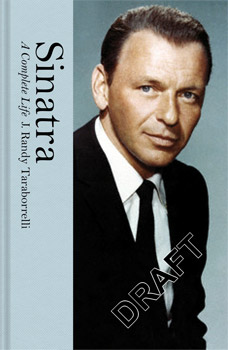 Frank Sinatra was one of the most influential entertainers the world had ever seen. He was also one of the most complex - generous, a loyal friend, a champion of causes, a devoted son and father, unpredictable, a loud-mouthed tough guy and a womaniser. What drove the skinny kid with a voice and a dream from an Italian neighbourhood in New Jersey to become an international superstar and one of the most important cultural figures of the twentieth century?

Written by acclaimed biographer J. Randy Taraborrelli, Sinatra is based on in-depth research, including hundreds of interviews. From the women he loved, including Ava Gardner, Mia Farrow, Marilyn Monroe and Elizabeth Taylor to his ties to the Rat Pack, from his mob connections to his friendship with the Kennedys, Frank's life was full of excitement, danger and passion. This is a compelling and honest tribute to a man whose songs touched a chord in all of us.

J. Randy Taraborrelli is the bestselling author of Michael Jackson: The Magic and the Madness, Madonna: An Intimate Biography, The Secret Life of Marilyn Monroe, Elizabeth, Once Upon a Time: The Story of Princess Grace, Prince Rainier and Their Family and Call Her Miss Ross.

Romance combines all of Sinatra's finest love songs  50 tracks on 2CDs for the price of one! The timing could... 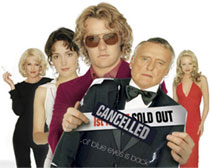 The Night We Called It A Day

Rod Blue, a down-on-his-luck Aussie rock promoter, struggles to find the one act that will turn his life and...