Sheppard Christmas Without You Interview 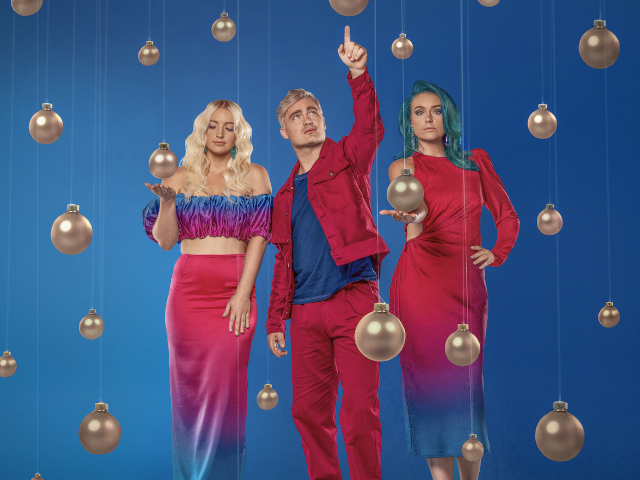 Aussie pop superstars Sheppard have just released their glistening, heartfelt new single Christmas Without You, a poignant seasonal track that will hit home for those who are missing a loved one this Christmas, out today. The thoughtful song and spectacular video are landing just towards the end of an absolutely massive year for this powerhouse family group, with their 2021 album Kaleidoscope Eyes peaking at number 2 on the ARIA charts and their beloved hit Coming Home racking up over sixty million Spotify streams. Sheppard will be celebrating the release of Christmas Without You with a performance at Brisbane Lord Mayor Christmas Carols on December 11.

Christmas Without You is a truly appropriate Christmas song for a year like 2021; reflective, gentle, and emotive, festive piano and subtle bells lead the song as vocalist George Sheppard's sweet voice floats above it all. The track reaches an expressive, cathartic climax, perfectly suited to the melancholy of a festive season that's missing some loved ones. Evocative of Coldplay's seasonal classic Christmas Lights, Christmas Without You is a sparkling triumph, as George reflects, "My sisters and I realised that there must be so many people who, for whatever reason, haven't been able to see their families and loved ones for a very long time, and Christmas time can be particularly hard for people in those circumstances. We wanted to write a song for all of those people who might not be having such a great Christmas without their families, and to leave them with a little bit of warmth and hope." The video for Christmas Without You, created by the band's longtime visual collaborators, Polish graphic design firm Ars Thanea, is a stunning offering, consisting of gorgeous, pain-stakingly created CGI imagery that feels perfectly in line with the ebbs and flows of the song itself.

Excited to be performing the new single at their hometown Brisbane Lord Mayor Christmas Carols on December 11, George gives fans a taste of what to expect, saying, "We've been lucky enough to be invited to perform at a few of the big carol events this year, which is a huge honour. We'll be playing this new Christmas song of course! It will sound huge with a full live band and possibly an orchestra, so we're really hoping it will be a beautiful spectacle for families all across Australia."

Sheppard's anthemic, colourful, energetic pop has made them a household name in Australia. Boasting over 850 million streams across all platforms, a handful of number ones across the world, and just last year, a coveted half-time performance slot at the AFL Grand Final, during which they announced their 2021 album Kaleidoscope Eyes. The group, consisting of George, Amy and Emma Sheppard, guitarist Jason Bovino and drummer Dean Gordon, have already achieved more than most artists can dream of in a lifetime – but by all accounts, they're only still just getting started.

Sheppard: I would say our music is best described as anthemic and generally uplifting.


Question: Can you tell us about Christmas Without You?

Sheppard: "Christmas Without You" is our first ever Christmas song. We have never felt the urge to write a Christmas song before now because we struggle to write music we don't have a personal connection to. This year is the second Christmas without our Father. He is working overseas and being a close knit family, it just won't be the same without him. We understand that many people all over the world will be in a similar situation this year and sometimes a holiday like Christmas can make people miss their loved ones even more.

Sheppard: There is definitely an element of hope in this song. It's a song about strength and enduring tough times, knowing that better times are to come. We need hope more than ever right now. 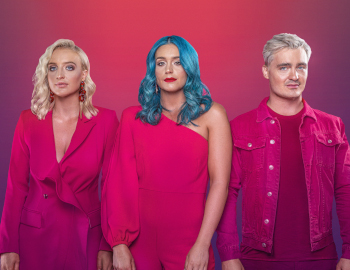 Sheppard: It's hard to say. We like each for different reasons. Studio time is a great place for creating and experimenting without fear of failure. Performing is our chance to show the culmination of that studio time. We love the chance to connect with our fans face to face.


Question: What should we expect from your upcoming show?

Sheppard: Our next show is the Lord Mayor's Christmas Carols. It's the first time we are going to be performing our Christmas song to a live audience. We hope to hit some heart strings.

Sheppard: For me personally, it was Stevie Nicks of Fleetwood Mac

Sheppard: There are many favourite parts- the freedom to create and experiment, the chance to do what I love for a living and the chance to connect with all types of people all over the world.

Sheppard: Reinventing ourselves each album can come as a challenge- Especially over a pandemic when the experiences we've had have been limited. We get a lot of inspiration from travelling and meeting different people so the pandemic has been a challenge.

Sheppard: There are no typical days! If you like routine- the music industry is not for you.

Sheppard: Now that there is a silver lining when it comes to living with the Virus, We are looking at crafting some tours both in Australia and internationally.