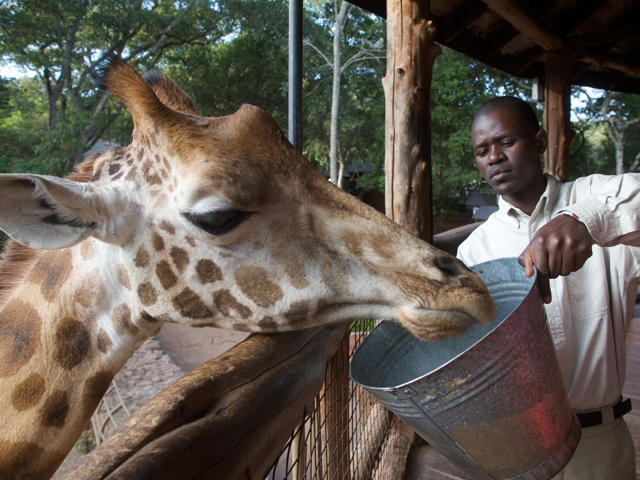 A new tailor-made trips service from Rough Guides helps older travellers with a spirit of adventure go travelling without the 'rough bits'.

Whilst much 'adventure' travel information is aimed at young backpackers, recent research conducted by Rough Guides revealed travel is not just the domain of the young, with middleaged Brits still working their way through a wishlist of destinations.

Rough Guides is aiming to appeal to this growing demographic with the recent launch of its new tailor-made adventure trips service. A local travel expert creates a unique trip based on the customer's criteria, making sure it is full of new experiences and 'off-the-beaten-track' elements. And as Rough Guides take care of all the accommodation and transport, travellers can have all the 'rough' bits but still have those all-important creature comforts – meaning customers won't be crammed into a shared dorm in a budget hostel full of other tourists.

CEO René Frey says: "While many of our loyal readers would never travel without their Rough Guide, they perhaps want an itinerary that is a little less rough. And accommodation that's not rough at all. So as part of our commitment to continue to serve adventurous travellers of all ages, we're proud to launch our tailor-made trips."

The poll of 2,000 adults aged 40 and above showed the average 40-something still has seven countries to visit on their travel bucket list.

In fact, over 40s reckon they have only visited a quarter of the countries they dream of going to around the world with popular backpacking destinations New Zealand, Canada, and Australia top of the list.

It also emerged that more than six in 10 are already looking forward to at least one trip abroad in 2019.

Three in 10 over 40s even reckon they are more 'adventurous' with their holiday choices now than they ever used to be, with 38 per cent preferring to go off the beaten track when they travel abroad.

And rather than sitting by the pool, a fifth of over 40s have tried snorkelling on a trip abroad and more than one in 10 have been on a safari.

Aimee White, editor at Rough Guides, says: "The great thing about travel is you can get out of it exactly what you like. If you want a wild adventure, then go ahead – if you'd rather chill out on holiday, that's fine too. But often our tastes change as we get older, and it's great to see an appetite for adventure isn't limited to anyone under the age of 25."

The new tailor-made trips service is best of both worlds, and open to anyone who fancies travelling with a bit of a difference, not just the young and the nimble.

Why it's better to travel in the later years

The study also found nearly half of over 40s polled say they go on more holidays now than at any other point of their lives, with six in 10 putting this down to having more money now than they did in the past.

And a quarter think it's easier to get away and go jet-setting around the globe because their kids are older, while 46 per cent have more time, according to the research.

Another 40 per cent think their lives have simplified enough so they now have more freedom – in their 50s or beyond – to see the globe.

And more than one in five have also 'gone travelling' – and taken a month or more off work to visit different countries.

Aimee added: "Travel is no longer the sole preserve of the young. It is important that the travel industry gives older travellers the same opportunities to have adventurous travel experiences as younger people if they want to and not dismiss them as being too 'old' or 'boring'."

Photo by Austin Ban on Unsplash