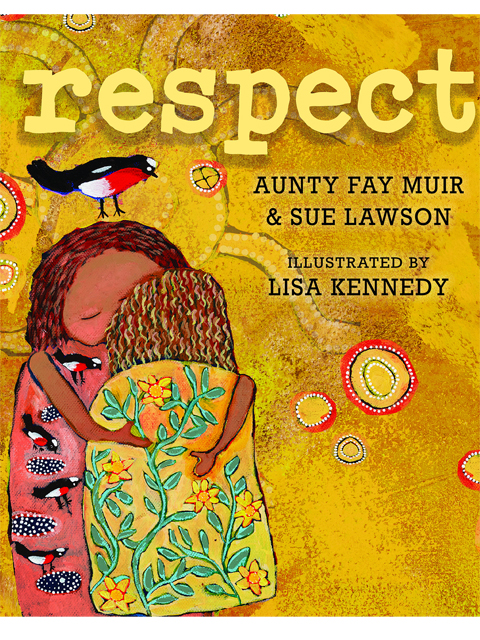 Respect is the first title in the 'Our Place' series of four children's picture books which welcome and introduce children to important elements of Aboriginal and Torres Strait Islander culture. Respect whispers a soft and heartfelt message about the basic cultural principle that informs all Aboriginal and Torres Strait Islander Nations throughout Australia. Respect is about a way of life that is older than ﬂickering stars, about stories that shimmer through tall grasses, and redgum leaves that tumble to a parched and red earth. It teaches children the importance of family who show the way and how we need to listen, learn and share.

This eloquent and delicate story shows young and old alike, what Respect looks like for Aboriginal and Torres Strait Islander peoples

Fay Stewart-Muir is a Boonwurrung Elder who cares about sharing her Aboriginal culture and stories with all to enjoy and take on a journey of learning. A published author, Respect is Aunty Fay's frst children's picture book.

Sue Lawson's award-winning young adult and children's books are recognised for the sensitive way they explore the exciting and heartbreaking complexities of growing up. Aunty Fay and Sue's frst collaboration was Nganga: Aboriginal and Torres Strait Islander Words and Phrases.

Lisa Kennedy is a descendant of the coastal Trawlwoolway people of north-east Tasmania. She has been privileged to be part of a team working alongside Aunty Fay Muir on projects that bring together art, story and culture