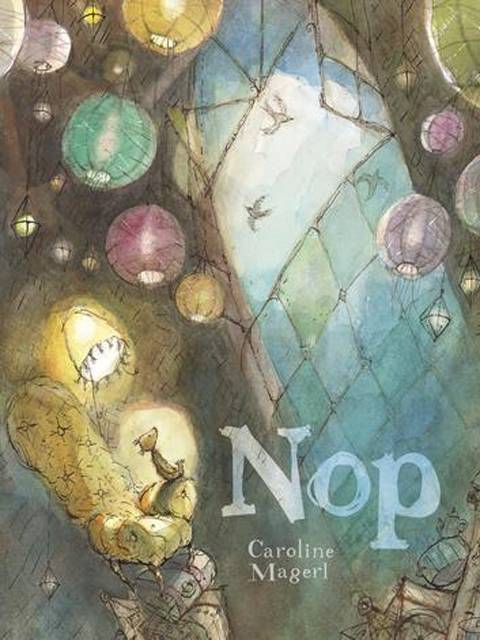 Nop is a scruffy kind of bear. He sits on a dusty armchair in Oddmint's Dumporeum surrounded by the beaders, knitters, patchers and stitchers who are much too busy to talk to him. So he watches the litter tumble until, armed with a new bow tie, he has an idea that will change his life forever. This story began with a memory of Caroline's school holidays in Sydney. Her father was welding a steel yacht in a boat yard and she wandered off . . . only to discover the local dump, a home for the things people throw out! Many years later, her daughter Jen made a teddy bear out of scraps for her father. It's a very sorry-looking, but endearing creature. Named Roadkill, ten years later it still sits on top of his desk.

Caroline Magerl was born near Frankfurt in Germany and came to Australia when she was two. She lived on the yacht her family built until she was fourteen. In 2001 Caroline won the Children's Book Council of Australia Crichton Award for new talent in children's book illustration for her picture book Grandma's Shoes (written by Libby Hathorn). Since then she has been awarded a May Gibbs Fellowship and received an ASA children's picture book grant to work on her book Hasel and Rose. Nowadays she is a full-time artist, illustrator and printmaker. Maya and Cat was Caroline's first book with Walker.