The Secrets of Magnolia Moon 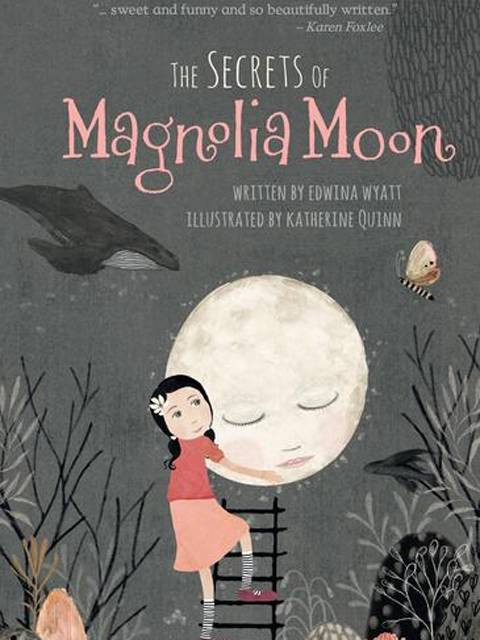 CBCA award-winning picture book author Edwina Wyatt makes her fiction debut with a whimsical tale of a curious little girl who shares more than just her surname with the moon: They're both excellent secret keepers.

Magnolia Moon is nine years old, likes Greek mythology, her best friend Imogen May (who understands the importance of questions like, "If you could be one fruit, any fruit, what would you be?"), wishing trees, and speaking crows. She knows instinctively that buffadillos are armadillos crossed with buffalos and believes there are walramingos living in her garden. She's also the kind of person who can be entrusted with a great many secrets. Each chapter in this novel, which captures Magnolia's year of being nine and ends on Chapter Almost 10, reveals a secret that Magnolia is keeping. But the novel also chronicles a year of change for Magnolia. From her best friend moving to the birth of her little brother Finnegan, Magnolia navigates every challenge and secret that comes her way with the kind of authenticity and innocence that comes from being nine years wise.

A trained lawyer and high school teacher,Edwina Wyatt now writes from her home on the south coast of New South Wales, where she lives with her husband and two children. She is the author of multiple CBCA award-winning picture books. This is her debut novel.

Katherine Quinn is a New Zealand illustrator and surface pattern textile designer based in Hawkes Bay. She works in both traditional and digital illustration, and her work often focuses on long-limbed, big-eyed girls with a touch of innocence and a sense of adventure. This is her debut children's book.