No Sofas is the first single taken from the forthcoming collaboration project between West Australian emcees, Figuero Jones and Black Napoleon, which is set to solidify their presence at the forefront of the new wave of Hip-Hop in Australia.

Question: What inspired you to collaborate?

Black Napoleon: Before Figuero and I we're both making music we both played in the same soccer team and were friends, so we always had the chemistry between us which made it a whole easier with the music as we worked in a team previously.

Figuero Jones: Nappy and I have always kicked it together, spoken about music and argued about music. I think that helped mould our relationship into what it is now. 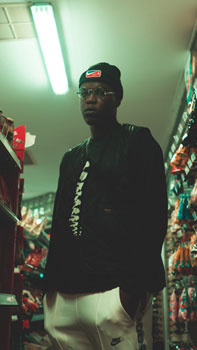 Figuero Jones: Energy, and that's what Gully is, our energy in music form.


Question: What motivated the track, No Sofas?

Black Napoleon: No Sofas came from a place where we both needed to vent and change the face of the Australian music scene. It's also our lifestyle of just grinding and just hustling every day to make this music work.

Figuero Jones: Yeah same for me, it's all about the come up and everything that encompasses it. Positive to negative to neutral points of it, just like the hook says, "we never got too comfy over here like No Sofas".

Black Napoleon: No Sofas and Blue Faces, it makes the crowd turn into a mosh pit and just makes you wanna get so hype, so u gotta match your energy with the crowd.

Figuero Jones: No Sofas right now and of course more music from #GULLY ;)

Black Napoleon: Personally I love both because they go hand in hand, because once you finish recording your tracks and go to perform it live, it's like a way of showing everyone your end product.

Figuero Jones: Yeah they're two different things to prefer one over the other. I mean I'm both comfy on stage and in the studio, just as long as there's my music around (laughs).

Black Napoleon: What inspires me is everything around me, the people I'm with and then situations that made me the person I am today.

Figuero Jones: Life. Quite literally actually, I mean this life I live, doing this music ting with my bros is plenty of motivation to write. I'll write my way out if I have to, writing is just a way to express myself than just talking (laughs). 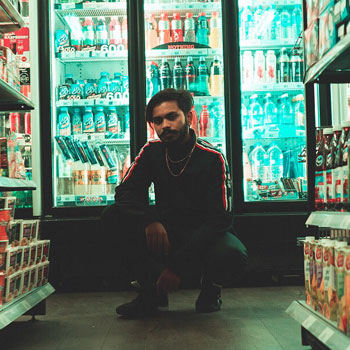 Black Napoleon: I've always maintained a love of music from the time I was young and growing up in London where the grime scene was pretty big was big inspiration so it was only right to try do it here.

Figuero Jones: I'm a real musician and a real artist. Everyone that ever did it really REAL inspired me, shoutout all of dem.