Raised by her truck driver father, a KB drinkin', camel smokin' man with the charm of Burt Reynolds, he would sing along to classics by Willie Nelson while Natalie lay in the sleeper cab of his prime mover – and that's where her love of country music began. It's hard to believe that Natalie has been singing for just three years, but after realising at 34 that she had more to offer than just words on a page, she has travelled all over the country sharing songs of love and loss. Natalie has just released her latest single 'Water Over Wine' - produced by Michael Muchow from Moko Productions - along with the video which was produced by Tom Blake from Gravity Films.

'Water Over Wine' is taken from Natalie's latest album 'Apple and Pride' (listen here) and is a song about motherhood and the trials and tribulations of a divorce. With all of her previous singles hitting No.1 on the iTunes Country Singles Chart on the day of release, Natalie has in just 3 years proved she's a forced to be reckoned with in the Country Music scene. Supporting artist including Catherine Britt, Sara Storer, Fanny Lumsden and Bill Chambers, Natalie has also managed to find time between recording sessions to run a 'Woman Enough' tour. The tour is not only in support of her latest album and single, but also an unwavering statement that 'woman, you are enough.' It aims to inspire and empower creative women everywhere and features some of countries biggest names including Catherine Britt and Lyn Bowtell. 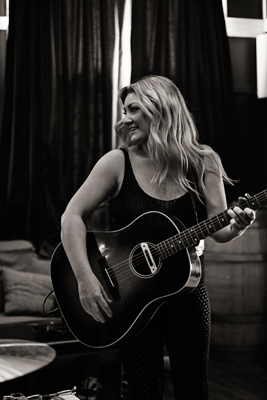 Question: Can you tell us about Water Over Wine?

Natalie Henry: Water Over wine is a grown up version of Mary Mary quite contrary, it's about choosing a better life - one that you're in love with, and leaving behind all that doesn't give your garden silver bells.

Natalie Henry: An event taking place, a moment in time when your heart is broken, or someone or something gives you grief. A good story or memory also helps.


Question: What inspired the album, Apple and Pride?

Natalie Henry: Moving forward, moving on from the biggest relationship of my life to date. Keeping a little of that old love we both had for music. I added Mona Lisa, a song that my ex wrote.

Natalie Henry: Mona Lisa, It was written about me, before we even knew it was.

Natalie Henry: My Dad. He loved country music. if he was here, he would be at every show.

Natalie Henry: I would have to say my youngest daughter. When she was born, I felt a sense of completeness, a new feeling of knowing myself more than I ever did. I started writing and the rest is history.

Natalie Henry: It's too hard. I enjoy every encounter, but I guess my ultimate would be Dolly Parton.

Natalie Henry: I wake, I feel, I sing and repeat.