Naomi Lambert The Cool To Be Kind Project Interview 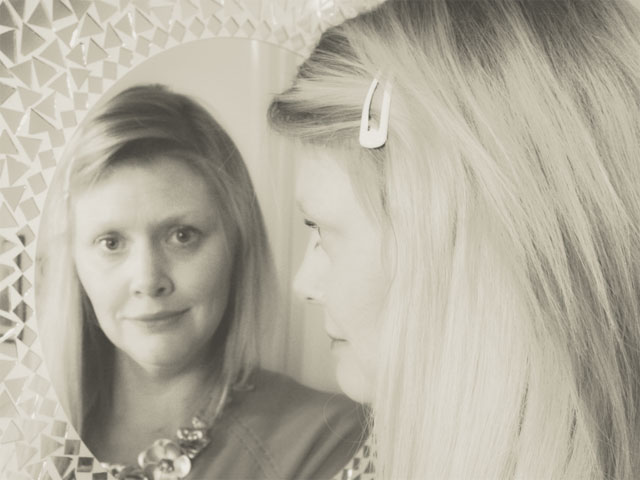 "There is nothing to fear except fear itself. What a moronic phrase," Naomi Lambert says, and then quickly apologises and clarifies. "There is so much to be afraid of. Fear of pain, being alone, unrequited love, injury, failure, sickness and so on. Most times, fears are deeply rooted in alternate realities. They are just things that could happen, not that they necessarily will. My imagination creates such fantastical tales, it is wonder I ever attempt to do anything," Naomi explains.

However, it was Naomi's fear of not being able to find meaning in her life after having a hysterectomy at 33, which led her to venture outside the norm. After years of suffering from pelvic cysts, the only way Naomi and her husband would be able to enjoy life again, was by having a total hysterectomy. Although painful, they made this decision quickly. "We didn't have a choice," Naomi says.

Following the operation, Naomi had to deal with early menopause, hormone-replacement, gaining 30kg, having no sex drive, wound break down, bowel obstruction, a Staph infection and many operations.

"I feared never being well again. I was not only grieving because I wouldn't ever carry a baby; due to infection, my abdomen was left open I had to cope with having it packed every 3 hours, including at night. I was emotional, sick, exhausted and confined to a hospital bed for weeks at a time."

Naomi admits becoming angry and reclusive, with a fear she had lost her ability to care and help others. "It was this fear that motivated me to find things within my home that would help me cope. I forced myself to step off my own precipice and create my own opportunities different from anything I had done before because if I went back to my old life I would never escape my panic."

"I taught myself to create masterpieces in the kitchen. I would bake at 3am when the fear would cripple me the most. It didn't matter if I was out of eggs, I'd find a substitute. I made bread so the smell permeated through the house." Naomi used this skill to help conquer her sadness, offering friends with children to bake their birthday cakes. It not only meant I had to be around children but it forced me to see that it was my creation that made them so happy! 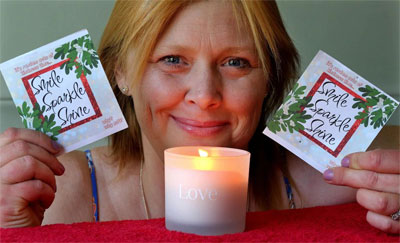 Naomi started Be More Mimi, a group for such an emotional and painful rollercoaster. The response was humbling and showed me that I still have value and purpose.

Beginning to go to church was a step Naomi needed to feel normal again. I'm not sure why my comfort lies there but that doesn't matter. What I do know is the community is supportive, genuine, welcoming and non-judgmental and that' enough for me.

Finally, Naomi didn't expect the beginning of something incredibly rewarding and life altering when she designed kindness cards she hid in her hometown of Perth, asking people to do a random act of kindness. "It was the responses she received that changed the course of her life and lives for so many others. I love to be the person who can give others the motivation to keep going, simply by saying that it is ok to fear. I haven't been crippled by my fears yet." Hiding 50 cards, Naomi was blown away when she received 32 responses, leading her to found The Cool To Be Kind Project, a global kindness movement.

Naomi no longer fears how much she can take before she breaks, and admits she is so much stronger than she thought. Who would have thought that admitting my fears would lead to such a domino effect for so many people, not just amongst my family and friends, the local community and Perth, but nationwide and globally.

Naomi doesn't fear the challenge and relishes the opportunity. My fear lies in becoming a hope for others, creating a movement and then never letting people down. I am determined not to do that! 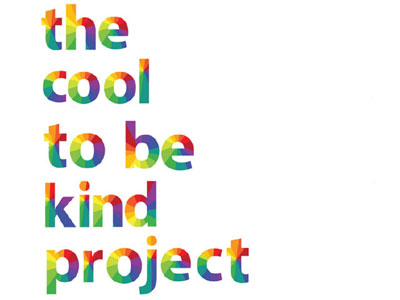 Question: What is The Cool To Be Kind Project?

Naomi Lambert: The Cool To Be Kind Project is about living in the now, being spontaneous, spreading a little joy, connecting with others and having a bit of fun! It's not something you plan. It just happens when the situation arises.

The Cool To Be Kind Project wants to show people that ding something kind does have to be complicated to make a difference in the world. We are about love, connection and acknowledgment. It can feel dangerous, radical, and take you out of your comfort zone. It takes gumption to approach a stranger to give them a handout, a hand up, or some help. It's empowering too. Acting in a kind manner can make you feel different, charged, curious, and happy because there's joy in giving to one another. Shift the cultural relationship that we associate with giving.

Random acts can take so many different forms but they always have the same effect – spreading a little more joy and happiness and making the person performing the act feel wonderful in the process.

We want to encourage people to be mindful that yes, you are kind in what you already do for others but it's the kindness that is not measured in monetary terms. Look around when you are out and about and see if you can identify situations where you can be kind. I guarantee you that if you do, you'll want to do it again and again and… again!

If you're someone who loves performing random acts of kindness and enjoy helping others to gain joy and happiness through achieving their dreams, head to our contact page and comment.


Question: What inspired you to create The Cool To Be Kind Project?

Naomi Lambert: At 33 years old, I had to have a hysterectomy, making it impossible for me to ever fulfil my dream of having children.

Devastated? That doesn't even begin to cut it. And the fact that I now had to deal with early onset menopause was the icing on a cake I never wanted to eat.

I realised I had two choices; to continue down the rabbit hole of seIf"pity and sadness, or look at this experience as an opportunity to spread kindness in the world.

I chose the latter. With no expectation of response, I designed and hid "kindness cards" in random places around my hometown of Perth that encouraged people to undertake a random act of kindness in the lead"up to Christmas in 2017. When I received 32 responses after hiding 50 cards, 'The Cool To Be Kind Project' was born.


Question: How does The Cool To Be Kind Project aim to spread positivity?

Naomi Lambert: Kindness is free but not freely given. The Cool To Be Kind Project plans to change that. By hiding kindness cards, our 52 weeks of kindness challenge, through a newletter, our FB page or @thecooltobekindproject. I am in the process of starting a podcast titled "Let's Be Better Humans" – each topic chosen from one of the responses (e.g. if someone has helped the homeless, I aim to speak to some homeless people and find out what they see as kindness and if they witness frequent kindness acts).


Question: Can you talk about how The Cool To Be Kind Project enabled you to find happiness after going through devastating infertility?

Naomi Lambert: The incredible stories of kindness from strangers that flooded in were the inspiration I needed to officially launch The Cool To Be Kind Project as a global kindness movement.

I realised I have gifts to be shared with the world; these opportunities may not have presented should I have been able to be a Mum. It's true that life hands us things that don't make sense at the time, but it's always our choice to find meaning and persevere. Through The Cool To Be Kind Project, I have begun to change lives.

We all have the opportunity to make a choice; to look at life a bit differently, maybe with a softer and kinder heart. More importantly, we all have the opportunity to build our best lives. Who knows if children are in my future but I'm no longer sitting around waiting for that to happen. Instead, I'm lending my nurturing ways to the hearts of others in the hopes that I can help them find their way out of their darkness and into the light of new dreams.

It may not be tomorrow or the day after that, but one day you will wake up and your heart won't hurt as much as when you went to bed. 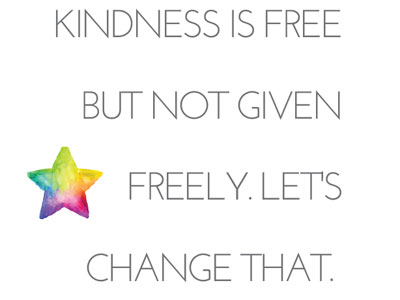 Question: What is a kindness card?

Naomi Lambert: A kindness card is a small card which encourages someone who finds a card to undertake an act of kindness. Originally the cards presented the finder with things they could do to as a random kindness. I only had one person who did something I suggested; the rest of the responses were acts unique which was a very encouraging feeling. When someone finds a card and undertakes an act of kindness, they detail this on the website. I look at a kindness card as a little prompt to people that it's not hard to be kind and I aim to challenge people to pay it forward. It still stumps me how a small card is giving someone the courage to do something kind – either way, its changing lives which are what I wanted.


Question: Can you tell us about some of the people that found these cards?

Naomi Lambert: The responses were astonishing. One man who found one of Naomi's cards had his Christmas lunch money refunded so he decided to take the homeless man he always greeted to lunch at a five"star restaurant.

A shop owner who found another of the kindness cards helped a dear customer plant a rose in memory of his late wife.

A lady, dying from cancer, believed she needed perspective and volunteered at a homeless shelter.

From the heart warming to the plain honest; I washed Mum's car without her asking. She was stoked!