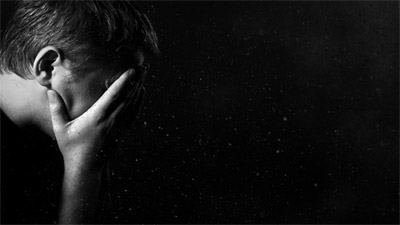 With approximately one million Australians currently suffering from depression and this figure expected to grow even further in future years, it's no surprise medical practitioners, researchers and people with depression are looking to natural remedies like exercise to treat the illness.

A recent systematic review published in the Journal of Science in Medicine and Sport has affirmed regular exercise is likely to be effective in the treatment of depression symptoms.

Central Queensland University Researcher and Exercise & Sports Science Australia (ESSA) Spokesperson Robert Stanton said with the prevalence of antidepressant medication dispensed within Australia having increased by more than 95 per cent within the last decade, it had been critical to pinpoint the appropriate dose of exercise for treating depression symptoms most effectively.

'Understanding the appropriate exercise dosage for people with depression will provide accredited exercise physiologists with a framework that may be adopted in clinical practice to improve quality of life, possibly without the use of medication," Mr Stanton said.

'My research partner, Associate Professor Peter Reaburn, and I found exercise programs that comprise moderate-intensity, supervised aerobic sessions that last for 30-40 minutes and are undertaken three to four times weekly over a period of at least nine weeks are likely to be most effective in the treatment of depression symptoms."

'In fact, some studies show exercise to be equally as effective as medication or psychological interventions in reducing symptoms of depression."

Mr Stanton said the research also suggested an affect-regulated approach to exercise – that is, where the intensity of an exercise session is determined by how the patient feels during the bout of exercise – may have the potential to increase short and long term adherence to exercise programs for people with depression.

'For some participants, exercising at a physiologically determined -moderate' intensity may not always be perceived as pleasant," Mr Stanton said.

'Where motivation to commence and maintain exercise is low, it may be valuable to change the session's intensity to a level that the participant feels is more acceptable."

Depression research and information body The Black Dog Institute points out regular exercise can be used to alleviate a number of symptoms of depression by increasing energy levels, improving sleep, distracting the sufferer from worries and inspiring a sense of control and self-esteem.

Mr Stanton said exercising in a group also had the potential to provide people with depression with social support and reduce loneliness.

'We've really just scratched the tip of the iceberg with this research, and it would be interesting to delve even deeper into the best exercise modes for people with depression, whether solo or group exercise sessions are more beneficial and what the best model for exercise progression may be," Mr Stanton said.

'People with depression carry a significantly greater risk of chronic disease and premature mortality risk compared to those without depression, so it's crucial that appropriate steps are taken to treat the illness," Mr Stanton said.

Exercise & Sports Science Australia (ESSA) is the peak professional body for exercise and sports science in Australia and provides national leadership and advocacy on key issues.  It supports its 3,500+ members and the community through fostering excellence in professional practice, education, training and research.
www.essa.org.au