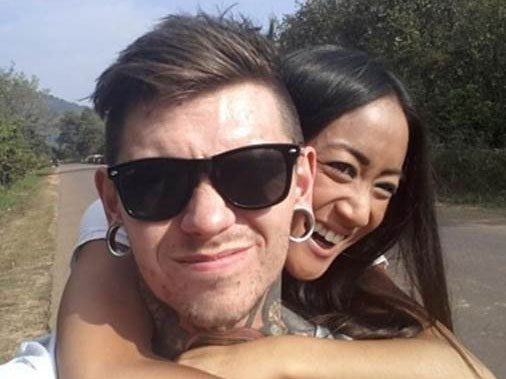 Australia – Do you Fancy a Cuppa?

From friends and family, to neighbours and colleagues, new research from Bushells Tea reveals 75% of the general population knows someone who could be experiencing challenges in their social and emotional wellbeing, yet 2 in 5 of us (42%) don't know how to start a conversation with those struggling with personal issues.

Three-quarters of Aussies claim to only talk about their problems if they were asked how they're feeling, rather than proactively starting a conversation. Whether you're reaching out to someone in need, or struggling to share how you're feeling, sometimes opening up can be as simple as starting with a cup of tea.

As almost two-thirds (58%) of Aussies don't like to talk about their problems and why they feel the way they do, Bushells Tea has partnered with Lifeline to encourage Aussies to ask their community if they 'fancy a cuppa?' and check in with each other from time-to-time on issues we don't usually like to open up about including our social and emotional wellbeing.

"It's never too early to check in with one another and take time to connect with the people we care about. With the right, timely intervention, starting a conversation could actually make a life-saving difference for someone in need. If you don't feel like you can talk things through in person, Lifeline will be there for you to call 24/7," says Alan Woodward, Executive Director of Lifeline Research Foundation.

"We all need to take a break sometimes and 'Fancy a Cuppa?' is a symbolic gesture for Aussies to sit down to talk about what's really troubling someone, and where they can get help. This sense of community embodies the heart of this important partnership with Lifeline for now and well into the future," says Aprile Wenke, Brand Manager at Bushells.

There are many factors contributing to the state of Australia's mental wellbeing. 41% of the general population increasingly feel lost or disconnected from society – more than double of millennials are feeling this way compared to Baby Boomers (55% v 24%).

Two-thirds of Millennials (64%) find it hard to open up about their personal problems to those around them, including their friends and family. Surprisingly, over half of millennials (53%) feel they do not have anyone to openly talk to about their problems, however feel more comfortable starting a conversation about their challenges with strangers rather than friends or family (47%).

When looking at Australia's housing and affordability crisis, two-thirds of the general population feel the current economic climate fails to provide them with financial comfort for their future, and 1 in 2 worry the housing crisis and lack of affordability is affecting their children's social and emotional wellbeing.

From social uncertainty to environmental issues, one in four Aussies agree the current drought conditions significantly impacts their line of work, with almost 2 in 5 people (37%) agree it affects their emotional wellbeing.

In times of doubt and insecurity, the true Aussie spirit and character comes together to help those in need. Two-thirds of regional Australia believe they live in a supportive community and 1 in 3 (32%) of the general population know their neighbour well enough to feel comfortable reaching out and talking about their personal issues.

For support at any time of day or night, call Lifeline on 13 11 14. To see how you can support or make a donation, visit www.bushells.com.au/bushells-lifeline 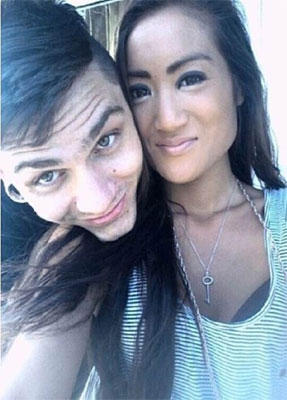 Question: Can you share with us, why you became a Lifeline Crisis Supporter?

Melissa Yu: It's been an honour and a privilege to be involved with the Lifeline Community as a Lifeline Crisis Supporter. I applied as a Lifeline Telephone Crisis Supporter as I was finishing my fourth year studying psychology at university. The opportunity with Lifeline provided me with hands on, practical skills that allowed me to apply my knowledge and my compassion for others to real-life, crisis situations. In life, we all go through emotional and stressful hurdles and it is paramount we understand that we are never alone in our battles. It was a passion and personal goal of mine to give back wherever I could to the community.


Question: What is involved in your role as a Lifeline Crisis Supporter?

Melissa Yu: As a Lifeline Crisis Supporter, we go through an intense amount of training with supervision, peer support and role plays. We are qualified and equipped with the tools we need as a Crisis Support Worker to answer calls of any kind. We really don't know who or what circumstances we are going to get when we pick up the phone. It ranges from anything like relationship break-ups, financial stress, mental health challenges to suicidal thoughts. Our role is to provide emotional support to our callers in that moment of crisis. Lifeline's callers call the service as they can trust us to be there and listen to their story without judgement or criticism. It's a confidential and special space to hold and share between a caller and a Crisis Support Worker.


Question: Are you surprised that Australians are feeling isolated?

Melissa Yu: We live in a world where people are so busy and technology is incredibly fast-paced. Work responsibilities never end, there's limitless events to attend, and pressures from finances and families appear to be increasing. Yet in Australia, one of the most well-developed and livable countries, Australian's are feeling more isolated than ever. That's because loneliness is not the proximity between people, loneliness is a feeling and it's a feeling that can erode a person's self-worth if left unchecked. That's why its organizations like Lifeline Australia that are paramount to our everyday living, we need to have support systems and networks to ensure we are not dealing with problems in isolation. There's a quote out there that says, "A problem shared, is a problem halved" and I truly believe that none of us should feel like we have no one to talk to in life.


Question: What advice do you have for those of us who find it difficult to open up about our feelings?

Melissa Yu: Speaking up can be hard for some, speaking to a stranger about our most personal turmoil's over the phone can be even harder. Changing our mindset and our perspectives to opening up and talking about our feelings can really be a game-changer. As humans, we may find it difficult to open up to others because we are afraid of being judged, we cannot find the right words to express our feelings, or we think people won't understand or care. In reality, when we open up to others that are kind and compassionate, we allow ourselves to solve the problems or see the problems in a different light, feel less stressed, and build stronger relationships with our family and friends. Opening up can also mean lots of various channels that work for you – you can open up to a close friend, or a Lifeline Crisis Supporter, via text or online chat if writing is what you are comfortable with, a GP for professional health care or youth workers, psychologists and counsellors for an outsiders' objective opinion. I strongly advocate that it is okay to not be okay, and opening up to others and being vulnerable, only makes us human and ultimately, demonstrates courage. 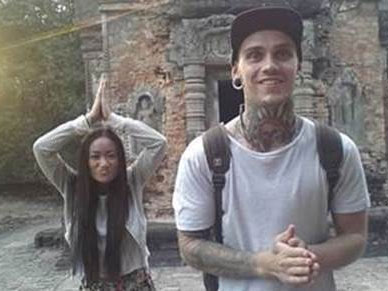 Question: How can we approach a conversation with someone we think might be having a difficult time?

Melissa Yu: We can all be that friend or stranger that demonstrates kindness by asking the question of "Are you okay?" and really meaning it. You don't have to be trained or have studied copious amounts of psychology to listen with intent and communicate with compassion. Even when things are tough, there is always a silver lining or positive moment in every day, sometimes we just need to be shown it. If you ever think a friend or family member is having a difficult time, start the conversation casually and communicate in a honest and calm way what concerns or behavior changes you have seen in them. Explain that the reason you are bringing up the conversation is because you are coming from a place of care and love. Remain non-judgmental and be patient. Remember to listen and not force the conversation. We're all fighting a battle others may not know, the least we can do is show people we care.


Question: What do you hope to achieve with the "Fancy-a-Cuppa?" Initiative?

Melissa Yu: I hope the partnership with Lifeline Australia and Bushells Tea encourages our community to just start those conversations. It's so important we remind ourselves the core purpose of being alive and feeling like we belong somewhere in this crazy thing called 'life'. What better way is there to get back to the things that matter over a nice cuppa tea and meaningful conversations. In the Lifeline Office, there's a little saying we say in the phone room, "There's nothing a nice cuppa tea won't fix".


Question: Where can we find out more, about you?