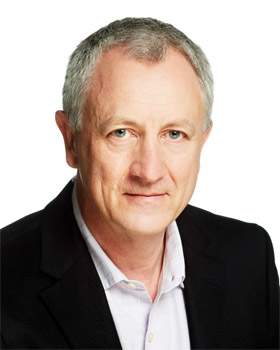 Almost 50% of Australian workers who had taken time off work because of depression kept the reason hidden from their employer according to a large scale national study released by SANE Australia involving more than 1,000 workers.

The Impact of Depression at Work: Australia Audit found almost double the number of Australians had not told their employer their depression was the reason for their time off, as compared with workers surveyed in Europe.

-It's concerning that despite all the good work done to increase awareness about depression, many people still don't feel it's okay to talk about their illness,' says SANE Australia CEO, Jack Heath.

'Depression means more than just 'feeling down", emphasises Heath. 'It is a serious condition which affects every aspect of a person's life, including relationships at work and home.'

-Not disclosing a mental illness increases stress and prevents access to the very support that can promote successful employment. With one in five Australians experiencing some form of mental illness every year, we are talking about as many as 2 million facing difficulties in the workplace,' explains Heath.

The research found that Australian workers with depression took much less time off than those in Europe.

For Australians diagnosed with depression, the average number of working days taken off during their last episode was 14.6 days compared to 35.9 days reported by European workers.

-Further research is needed to determine why people are returning to work sooner in Australia. It may be people are getting better treatment or it may be because of the greater stigma attached to mental illness,' says Heath.

Australian managers are far behind their European counterparts when it comes to knowledge of the days lost due to depression.

Over half of managers have no support from a human resources department while almost 1 in 3 (29%) have no formal support or resources. Australian managers are also calling for more support from HR departments (where they have one), more training on mental health, and more counselling for staff.

According to Jack Heath, the research suggests stigma surrounding mental illness is playing a bigger role in attitudes in Australia, compared with views in some European countries.

-Increasing awareness around mental illness must go hand in hand with a change in attitudes and behaviours. That is why we need a targeted and comprehensive campaign to reduce stigma across the full spectrum of mental illness,' says Heath.

SANE Australia is hosting a national Round Table in Sydney today, drawing together stakeholders from the business, government, and non-government sectors, to develop recommendations for action.

The Impact of Depression at Work: Australia Audit surveyed 1031 adults aged 16-64 Australia-wide. All workers, including a sub-sample of managers (32%), have worked within the last 12 months. This survey is part of a broader global audit scheduled for release early in 2014. The research was conducted for SANE Australia by IPSOS Australia, and supported by an unrestricted educational grant from Lundbeck.

A leading figure in mental health, Jack Heath is a former diplomat and adviser to the Prime Minister, who established the youth mental health organisation, Inspire Foundation. Jack has undertaken Executive Programs at Harvard and Stanford Universities and is a graduate of the University of Melbourne. He received a Centenary Medal for services to the community and was the Ernst & Young Social Entrepreneur of the Year in 2007.

Question: Why do you believe Australian workers are hiding their depression from their employer?

Jack Heath: SANE Australia's research found that 41 per cent of Australian workers who took time off work because of depression kept the reason hidden from their employer, whereas in Europe the rate was only 25 per cent.

For both Australia and Europe, 1 in 2 cited fear of losing their job and it being a private matter as reasons for not disclosing. Interestingly, Australian workers thought their employers would be far less likely to understand their situation and less likely to support them. There may also be an element of not wanting to let the team down, but we need further research on this.

Australians and Europeans were equally comfortable telling their friends and family if they had a mental illness but in the work place the difference was marked.


Question: Why is it important for workers to confide in their employer about their depression?

Jack Heath: If workers are confident their employer will support them, then they are more likely to experience improved recovery. Suitable adjustments can often be made to the work situation so they don't have to take time off and their situation doesn't have to get worse. A supportive environment will lead to improved productivity upon returning to work.

It's important for workplaces to have a mental-health policy and to have clear leadership and understanding of the issue. This makes it clear to employees that the employer will treat mental health in the same way they treat physical health issues.

Workplaces that take leadership on the issue of mental health, by encouraging employees to put their hands up and seek support, benefit from improved employee retention, engagement and productivity. Doing the right thing by your employees mental health will improve the bottom line.


Question: How can Australians who need to tell their employer about their depression approach the subject?

Jack Heath: Disclosure is obviously a case-by-case situation and depends on a person's relationship with their manager. A person should be comfortable that their employer will be supportive and understanding before deciding to inform them of a diagnosis.

If your employer is mindful, the aim of disclosure should be to inform management of your symptoms and reach an agreement on workplace adjustments – such as work hours, location and effective management of workloads - which will ensure you can contribute at work and optimise your output.


Question: Is it common that employees jobs are put at risk if they explain to their employer that they have depression or another mental illness?

Jack Heath: The research shows that large Australian companies do particularly well when it comes to dealing with these issues, and they do significantly better than their European counterparts.

The other good news is once an issue is raised with a colleague, Australians are more likely to be responsive and helpful.

So once we get the issue out in the open, there is a more helpful and positive response.

Sadly the evidence shows that Australians aren't taking this risk due to their fears of workplace stigma and receiving a negative reaction from their employer.


Question: How do our statistics compare to workers surveyed in Europe?

A positive result was that more Australian managers believed that if dealing with an employee with depression their HR department would support them. Australians are also more readily able to identify the symptoms of depression.


Question: Why do you think Australians are less likely to explain than Europeans?

Jack Heath: A significant number of Australians thought their employer wouldn't understand the issue and wouldn't know how to support them. We also found Australians thought the impact of depression in the workplace – additional costs to business and lost productivity - was far higher than the cost estimated by their European counterparts.

So there appears to be a greater anxiety from Australian workers in terms of what it means to them professionally if they declare they have depression. There is also the concern of the economic cost to their employer if they take time off. This may be part of not wanting to "let the team down" as Australian workplaces have a stronger team element than in Europe.


Question: Why do you believe Australians returning to work sooner in than Europeans after an episode?

Jack Heath: An interesting finding was that Australian workers would take around 15 days off work due to depression, compared to up to 36 days off for European workers.

We think that significant difference is due to workplace stigma. People are worried about the professional and economic cost and therefore going back to work much earlier to avoid losing their job or costing their employer money due to reduced productivity.

Having said that, it's also possible that Australians are receiving more effective treatment, and this is an area that would benefit from further research.


Question: How do you hope to change the stigma related to mental illness within the work place?

Jack Heath: The best workplace policies in regards to mental illness at work, come from the top-down. With board and executive levels instigating organisational wide education and training that aims to keep employees in the workplace.

Through our Mindful Employer program, SANE Australia is working directly with leading businesses, providing training to improve the understanding of mental illness at all levels, from executives, to managers, to employees.

We know from the research that having social contact with someone with a mental illness is a highly effective way to reduce stigma – that's why we have people with lived experience of mental illness co-present in our Mindful Employer program.

We want Australian employers to recognise that 1 in 4 Australian workers are likely to experience depression each year, and that this is an issue that needs to be discussed openly in all Australian workplaces.

SANE Australia is also one of the founding members of the Mentally Healthy Workplace Alliance involving nonprofits, businesses, government agencies and the National Mental Health Commission.


Question: After seeing the results of this survey, what do you hope to change in the coming years?

Jack Heath: Working with others in the Mentally Health Workplace Alliance, we want any worker with a mental illness to be comfortable in disclosing a mental illness, knowing they will be supported by their manager and employer.

We want Australian businesses to know that creating a mentally healthy workplace will improve their business bottom line along with the wellbeing of their employees. We hope to conduct this survey on an annual basis.