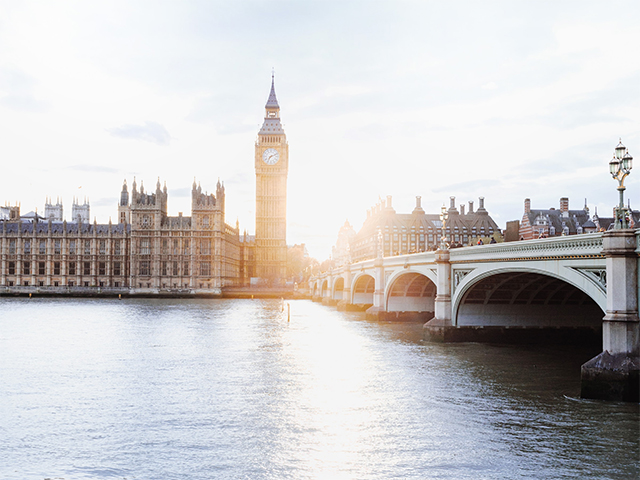 THE MOST BEAUTIFUL CITIES TO RUN IN, ACCORDING TO INSTAGRAM

With many people taking to the streets for their daily morning jog or post-work run, SportsShoes.com has researched over a million hashtags for 600 global cities on Instagram to reveal which urban landscapes provide the most beautiful scenery for runners.

The number of hashtags for #run{city} were counted and compared for cities in the UK, USA, Australia and New Zealand, Europe, Africa, South America and Asia.

Perth lands a spot in fourth place with plenty of running groups sharing their sunrise jogs along the water from South Beach to Port Coogee.

Brisbane rounds off the top five, following closely behind Perth with over 4,100 posts under the #RunBrisbane hashtag.

Over 38,200 mentions for #RunMelbourne: Many of the posts under #RunMelbourne show off the city's urban, waterside locations with various routes affording views over the Yarra and Maribyrnong Rivers. The city also provides many green spaces popular for runners including the Royal Botanic Gardens and Princes Park.

Almost 15,200 mentions for #RunSydney: With the world's largest natural harbour, naturally many Sydney-based runners include the infamous Sydney Harbour and Sydney Opera House in their Instagram post backdrops, as visitors seek to explore the city by foot. With numerous bays and quays there is no shortage of places to explore with your morning run.

Over 6,700 mentions for #RunGeelong: Just a short drive from Melbourne, Geelong boasts plenty of running routes including many trails along the Barwon River, allowing runners to capture all the beauty nature has to offer before uploading their inspirational running posts to the 'gram. For those looking for a countryside run, the You Yangs Regional Park is a great running spot, just slightly further from Geelong.

"Taking running selfies or uploading shots of jogging in a group can be an incredibly motivational tool, both for the runner themselves and their friends and family on social media. With a staggering 56 million posts under the hashtag #run alone, we were curious to find out which cities were posting the most running photos on Instagram, as a method of inspiration to encourage people to hit the streets and find their own urban stride!

"London ranks as the most picturesque running destination in the entire world, but our research showcases that people across the globe are lacing up their running shoes and uploading shots of their cities following their endorphin-filled workouts. From the romantic streets of Paris and Berlin to densely packed sky-scraper cities such as Chicago and Melbourne, clearly running is something we all have in common, and enjoy sharing on social media!"

In the global rankings, just behind London is Michigan lakeside American city Chicago, with over 56,950 hashtags for #RunChicago. Following the 'Windy City' are fellow US locations Boston and Houston, Australian city Melbourne and Paris in France.

Cities in North America are clearly favoured by runners, with a staggering 14 cities in the top 20 located in the continent, including American cities San Diego and Detroit and Canadian cities Calgary and Toronto, amongst others.

The US sprints into the lead as the most popular country amongst those who enjoy a run; the nation has 10 cities in the top 20, which altogether amass a staggering 12.4 million posts under running-related hashtags on Instagram. The Windy City is the US' most popular destination for runners, but Baltimore, Austin, Detroit, San Diego, Charlotte, Seattle and Dallas are also amongst the cities that feature.

Most Picturesque Running Cities in Europe: As London takes the top spot globally, it's also the front runner for Europe, followed by Paris with 32,570 hashtags and Berlin with 16,540 hashtags. Spanish cities fall just outside of the top 25, with Madrid (26th) and Barcelona (27th) boasting 9,530 and 8,220 hashtags respectively.

Most Picturesque Running Cities in North America: Despite the often extremely chilly weather in Chicago, the city takes the top spot for running in North America. Every October Chicago hosts its iconic marathon, and for those looking to train or just enjoy a leisurely jog, the city's most popular route is the Lakefront Trail.

Most Picturesque Running Cities in South America: Colombia's bustling capital Bogota is the most popular running destination in South America, perhaps due to the city's recent investments into parks and cycling routes – many of which are open for runners. Following Bogota is Santiago in Chile and Argentinian city Buenos Aires.

Most Picturesque Running Cities in Asia: Japanese metropolis Toyko hails as the most beautiful Asian city to run in, affording runners stunning views of the city's iconic landmarks such as the Imperial Palace and some respite from the urban jungle in the leafy Yoyogi Park. 7,600 hashtags rank Seoul in second place, whilst Emirate city Dubai rounds off the top three, with over 6,900 hashtags showcasing runners hitting the city streets, beaches, and lakeside tracks.

Most Picturesque Running Cities in Oceania: Often dubbed the 'running capital of Australia', Melbourne stands as the most Instagrammed city amongst runners in Oceania, and the fifth most popular city globally. The city's staggering 38,200 hashtags show runners training for marathons and enjoying runs in some of Melbourne's most beautiful parks. Running backdrops of the Sydney Harbour Bridge and Sydney Opera House make up some of the 15,190 hashtags for Sydney, which follows Melbourne. Over in New Zealand, the top running cities are Wellington, with 3,810 hashtags and Auckland with 2,440 hashtags.

A full breakdown of the most Instagrammed running cities can be found at: https://www.sportsshoes.com/running-hub/motivation/worlds-most-picturesque-running-cities/