How To Survive A Funeral Perth's Make Them Suffer have heralded a new decade with a blistering new album How To Survive A Funeral, set for release on June 5 via their new home at Greyscale Records. Pre-order the album here

The first cut lifted from the album is "Erase Me", a heavy metalcore masterstroke that has captured the band at their most creative and self-assured. A song about pushing people away and questioning if it comes from a place of selfishness, the chorus of "Erase Me" is both ethereal and anthemic as it builds into an unforgettable crescendo that's poised to become the highlight of future setlists. "Erase Me" premiered on triple j's Good Nights this week and is a sign of what's to come for Make Them Suffer.

Frontman Sean Harmanis elaborates on the meaning of the single: "Erase me is a song about pushing someone away and raises the question; is it selfless or selfish to do? It's unfortunate to me that some people are wired to always feel as if they're never good enough. The sentiment of the lyrics 'I've broken you enough so don't hate me, erase me' demonstrates a quality selflessness. In retrospection, it's that same selflessness that makes you 'good enough'."

Growth, and the desire for eternal forward motion, have been the concepts that defined Make Them Suffer since the very beginning; and have been the foundations that led them from Perth - the world's most remote capital city in Australia - to become a household name on stages around the world. As they have traversed previous eras, the five-piece have grown through deathcore, melodic death metal and heavy metalcore and, as they continue on this path, look to be defined by nothing more than the label "creative". Through "Ether", "27" and "Hollowed Heart", the band has shed the shackles of expectation and, as they look towards the open road that lies ahead of them, the light that guides the way has a name - How To Survive A Funeral.

To assist in the redefinition of every line the band is known for, Make Them Suffer enlisted the assistance of Drew Fulk A.K.A. WZRDBLD, who has worked with everyone from Motionless In White and Bullet For My Valentine to Yelawolf and Lil' Wayne. The band travelled to LA to shack up at Fulk's studio, the first time in their career working this closely with a producer, and the result is truly something unique in the current climate of heavy music. The band's fourth full-length sees inspiration from their past and present twisted together into a package that will define Make Them Suffer's place amongst their contemporaries as a truly creative act. 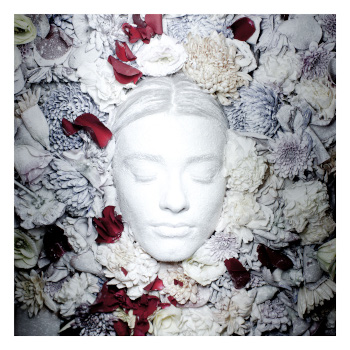 MAKE THEM SUFFER - HOW TO SURVIVE A FUNERAL

7. Fake Your Own Death

8. How To Survive A Funeral

WATCH: MAKE THEM SUFFER - ERASE ME