Best known as the frontman of the Australian rock n roll luminaires, Eskimo Joe, acclaimed songwriter Kav Temperley is stepping out solo. The first taste of his upcoming album dropped today in the form of new single, Pollyanna - an ominous reflection on the relativity of happiness – the single will be received instantly with all digital album pre-orders. Pollyanna precedes Kav Temperley's highly anticipated debut solo album All Your Devotion, a collection of ruminating, thoughtful, and effecting songs from one of this country's greatest talents, set for release digitally and on vinyl on September 28. To celebrate what is the culmination of years of hard work, Kav will be hitting the road in October and November this year, kicking off on October 5 at The Milk Factory in Brisbane, and moving through the Sunshine Coast, Gold Coast, Adelaide, Belgrave, Melbourne, Sydney, Newcastle, Fremantle, Margaret River, before wrapping up in Bunbury at Prince of Wales on November 3.

Pollyanna is not quite as happy-go-lucky as its namesake, but despite a moody demeanour, there is a tenacious, almost stubborn sense of positivity that lurks throughout. With careful, considered instrumentation and an arrangement that allows deep strings, plucky piano and sparkling guitar to each complement the other, Pollyanna is a deeply effecting piece of music, made even more so with Kav's idiosyncratic, expressive vocal delivery and lyricism. Kav reflects on the inspiration behind the track, saying, "A friend once told me that our happiness is always relative, whether we live in a war zone or paradise - our happiness always swings back to the same place. I had just lost my marriage and the band had decided to take a break, all of these things that defined me were now no longer around. It was one of the first times in my life I felt like a stranger just rolling along, but I realised that amongst all of this I was a Pollyanna, someone despite the bad news always looks on the bright side. This was a song I was singing to myself to remember to stay light."

All Your Devotion is, quite simply, a daring testament of renewal. Produced alongside Pip Norman (Troye Sivan, Jarryd James, Urthboy) and John Castle (Megan Washington, Vance Joy, Bertie Blackman), the album delicately outlines the arc of newfound romance; the rapture, with Pollyanna and Queen Of My Heart, the hesitation, with This Is The Love and Devotion, and the surrender, with High and When You Run. All Your Devotion explores new sonic territory for Kav, as sparse and uncluttered production, reminiscent of pop and folk conventions, takes precendence over rock n roll ways. Kav reflects on some of the inspiration behind the album, saying, "We spend our lives building barricades to protect us, both physical and emotional. But, as well as protect, these barricades can also isolate and suffocate. All Your Devotion is about tearing those down and starting over, through all the fears and hope…It's about growing up and moving on. It's being courageous enough to live and to love again."

Kav Templerley is set to perform tracks from All Your Devotion live to audiences across the country come October and November this year, as Eskimo Joe also prepare to hit the stage for the Under The Southern Stars festival run. It's going to be a busy few months for the skilled musician, but anticipation is high, as Kav says, "(For the All Your Devotion tour,) it's just going to be me with an acoustic guitar and kick drum strapped to my back. I want these shows to be raw and real so people feel like they've been there right next to me through the writing of this record."

Pollyanna is available now and will be received instantly with all digital album pre-orders. All Your Devotion is set for release digitally and on vinyl on September 28.

All Your Devotion National Album Tour 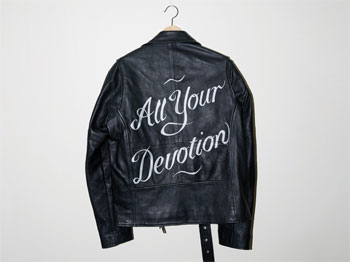 Kav Temperley: Like a soothing balm for your ears, imagine the sound of early 70's singer songwriters crossed with the modern world.


Question: Why did you decide to release music, as a solo artist?

Kav Temperley: I wanted a chance to make a record that was personal, filled with the kind of lyrics you can only sing in a room by yourself. It was also a chance collaborate with some amazing musicians and producers who I wouldn't normally get play with.

Kav Temperley: It came from a tough time in my life where I was having to give myself a pep talk in the mirror every morning - just get up and keep moving everyday… eventually I emerged from that difficult place and realised that my world hadn't fallen apart and I was left with an amazing opportunity to grow and change, but to evolve is always a little painful.

Kav Temperley: At the moment it's the first song on my album, a song called Queen of My Heart. It's about the love of my life and how happy I am to finally have found her… I feel like everyone in the room goes on that journey with me every time I perform it live, its powerful stuff.

Kav Temperley: When you only have an acoustic guitar in your hand and no band on stage with you, it's a great opportunity to tell the stories behind the songs both new and old. It's not quite the same thing when you've got a full band up there with you waiting for you to count in the next song.
I want to take people on my journeys of highs and lows, funny and sad.
It's going to be great.

Kav Temperley: They are both amazing and frustrating.

When you are starting out a new album and the songs are beginning to reveal themselves, it's so exciting, it's like you're discovering some brand new land that no one has ever set foot on before, but when you get to the 3/4 mark of making a record it's a hard slog and you have to dig deep to make it over the finishing line.

The same can be said about touring, when you head out and play the songs live for the first time it can be both satisfying and frustrating as you work out how to play the songs live. Somewhere in the middle everything is effortless, then by the final show, you're tired and exhausted and just want get home to your own bed.

With both I get instant amnesia as to how much work is involved so by the end I just want to do it all again.

Kav Temperley: For me its some kind of mental venting, once I write these stories into a neat little song I'm no longer haunted by them. The craft of song writing is thoroughly addictive, especially if you're writing with someone else, when an idea is coming together and everyone in the room is on the same wavelength it's such a buzz.

Kav Temperley: My latest musical crush is an artist called Snail Mail. Its classic 90's indie guitar music, it reminds me of all the bands that were playing around Perth in the mid 90's.

Kav Temperley: I would love to write and sing on an album by someone like Gorillaz, where you walk into a room to record a song and then you know that at the other end its going to be completely mutant and pushed to a totally new modern place.