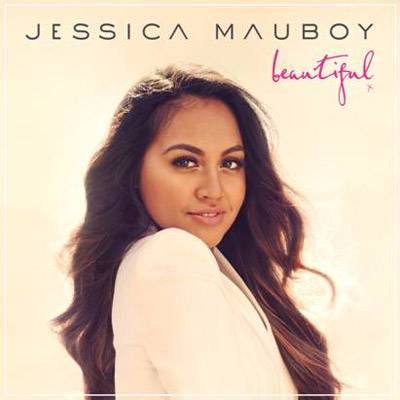 It seems that the multi talented Jessica Mauboy cannot put a foot wrong. On the eve of her first ever National solo tour and following on from a smash hit single Pop A Bottle (Fill Me Up), Jessicas' 3rd studio album Beautiful, has debuted at #3 on the National ARIA chart.

This is Jessicas' highest debut to date and comes on the back of 14 x consecutive, Gold, Platinum or multi platinum selling singles. With 14 top 30 charting singles, she is behind only Kylie Minogue (39 top 30 hits) and Delta Goodrem (18 top 30 hits) as the Australian female with most amount of top 30 hits.

Beautiful is Jessica's most honest album, most confident recording to-date. It's a set that reflects who she is, and where she's come from.

It cap's off an incredible few years for Jess who has won hearts and awards for her role in The Sapphires, performed at the Emmy's Governors Ball and just last week hit the stage with Ricky Martin in an explosive NRL grand final performance.

Jess is now about to hit the road for her NESCAFÉ Presents Jessica Mauboy To The End Of The Earth National Tour which will see Jessica traverse the country with her band to perform 27 shows in Metro & regional centres throughout November 2013 and January 2014.

In what will be essentially a -greatest hits' tour, Jess will cover her whole body of work including latest Gold singles To The End Of The Earth, and the infectious Pop A Bottle (Fill Me Up) as well as double platinum hits Burn, Running Back, Inescapable and many more…and not to disappoint, a few numbers from the #1 ARIA Double Platinum soundtrack -The Sapphires'.